Afghanistan captain Gulbadin Naib has made his intentions clear and said he will look to spoil other team's party at the World Cup 2019. 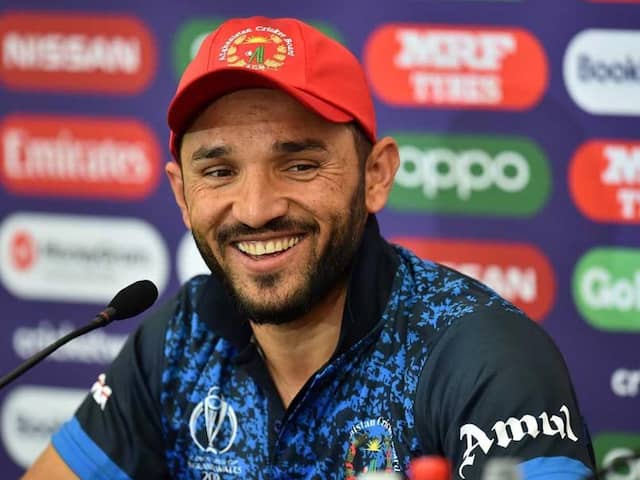 Afghanistan can take a lot of pride from their performances at the World Cup 2019, specially from their batting efforts against heavyweights England and India. While Afghanistan are left with only pride to play for at the World Cup 2019, their skipper Gulbadin Naib has made his intentions clear and said he will look to spoil other team's party. In a press conference ahead of the Bangladesh vs Afghanistan World Cup 2019 match on Monday, Gulbadin Naib issued a cheeky warning for Bangladesh and said, "Hum to doobe hain sanam, tujhe bhi lekay doobengay". (We are already drowned, we will drown you also.)

Afghanistan gave World Cup 2019 favourites India a might scare with their approach in the chase. The minnows fell short by only 11 runs chasing a modest total of 225 runs.

The spin trio of Rashid Khan, Mujeeb Ur Rahman and Mohammad Nabi also registered economical figures against India. But their premier spinner Rashid Khan has failed to live up to the billing at the World Cup 2019 as he has been pretty inconsistent in the tournament.

With three matches still to play at the quadrennial, Afghanistan will look to put their best foot forward against every opposition.

After Bangladesh, the Naib-led side are slated to face Pakistan before they conclude their World Cup 2019 against a power-hitting West Indies.

Afghanistan are currently bottom-placed at the World Cup 2019 points table with no success from their six outings.

Gulbadin Naib Cricket
Get the latest Cricket news, check out the India cricket schedule, Cricket live score . Like us on Facebook or follow us on Twitter for more sports updates. You can also download the NDTV Cricket app for Android or iOS.