Mitchell Starc became the leading wicket-taker in a single edition of a World Cup as he goes past Glenn McGrath's 26 wickets. 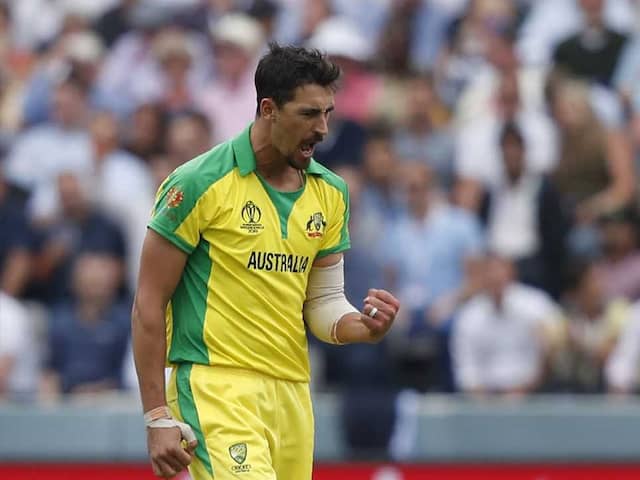 Mitchell Starc became the leading wicket-taker in a single World Cup on Thursday in the World Cup 2019 semi-final match against England at Edgbaston in Birmingham. Starc was clinical with the ball throughout the World Cup 2019, providing crucial breakthroughs for Australia. Previously, the record was held by former Australian fast great Glenn McGrath, who took 26 wickets in World Cup 2007 which was held in the West Indies. Before the semi-final match against England, Starc had 26 wickets at an economy rate of 5.18.

The 29-year-old fast bowler claimed two five-wicket hauls during the league stage of the showpiece event. He took his first five-for against the West Indies, helping Australia get the past the line in a close encounter by 15 runs.

Earlier in the match, Australia were bowled out for 223 in 49 overs. Chris Woakes and Adil Rashid took three wickets each that helped England to keep Australia under 250.

For Australia, Steve Smith once again exceptional with the bat and he scored a gritty innings of 85. Alex Carey, who was hit on the chin by Jofra Archer also chipped in with a fighting knock of 46.

Chasing 224, England were off to a flying start as Jason Roy and Jonny Bairstow provided the hosts with a 100-plus stand for the first wicket. Bairstow lost his wicket for 34 while Jason Roy continued his good run with the bat and scored his fourth score in excess of 50 in the tournament. Roy was given out in a controversial manner as he missed his hundred by just 15 runs.

Mitchell Starc World Cup 2019 Cricket Australia vs England, 2nd Semi Final
Get the latest Cricket news, check out the India cricket schedule, Cricket live score . Like us on Facebook or follow us on Twitter for more sports updates. You can also download the NDTV Cricket app for Android or iOS.