Each Day, I Want To Improve As A Cricketer And Human Being, Says Rishabh Pant

Rishabh Pant hit a half-century in the third and final T20 International but some of his dismissals after getting set have left a lot to be desired. 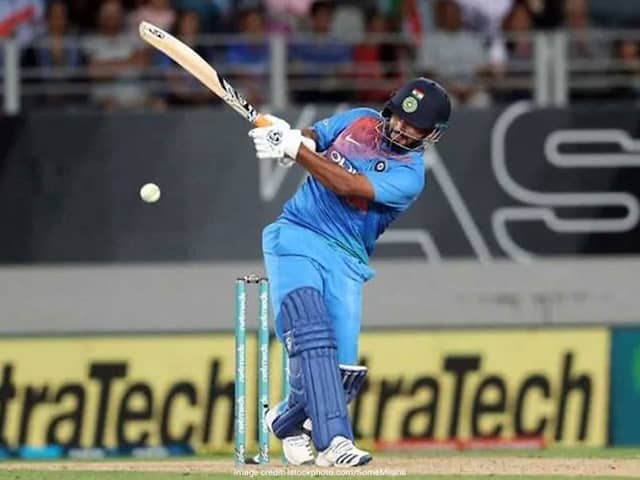 Rishabh Pant is on a learning curve in a tricky journey called international cricket.© AFP

Rishabh Pant is on a learning curve in a tricky journey called international cricket and his only endeavour is to improve each day, not only as a cricketer but also a human being. The nascent international career of Mahendra Singh Dhoni's heir apparent has been an eventful one -- a few eye-catching knocks interspersed with indiscreet shot selections that invited a lot of critical comments. With India having a packed schedule in the next six months, Pant was asked about how he sees things panning out for him.

"Every match is crucial for me and it is not about the next six months. Everyday of my life is crucial and I want to improve both as a cricketer and as a person. That's what I am looking forward to," Pant told reporters during a media interaction.

He hit an attractive half-century in the third and final T20 International but some of his dismissals after getting set have left a lot to be desired.

"As an individual, I would like to have a big score but every time I go in, I am not focusing on that. I have been getting out after getting set, so I want to play normal, positive cricket that can help my team win matches," Pant said.

Pant is happy that the team management is supporting each and every player and giving them proper chance.

"We are not experimenting as we are giving chance to everyone, whoever is in the team. Everyone is getting proper chance and treatment. Everyone is confident of their position as team management is supporting them," the 21-year-old said.

The World Cup semi-final exit was a disappointment but the young keeper insisted that it's time to move on.

"We felt bad after losing the World Cup semi-finals but as professionals we knew that we hadn't played badly. It was just 45 minutes of bad cricket (against New Zealand). As we play more cricket, we need to learn and keep on improving ourselves," he said.

On the wickets in the Caribbean, Pant found them to be a bit on the slower side as batsmen require some time to get set.

"The wickets here are on slightly slower side, not exactly a flat wicket. You need to give yourself time when you go in but once you are set, you can score more runs," he signed off.