Jasprit Bumrah has now taken five-wicket hauls on his first tour to the West Indies, South Africa, England and Australia. 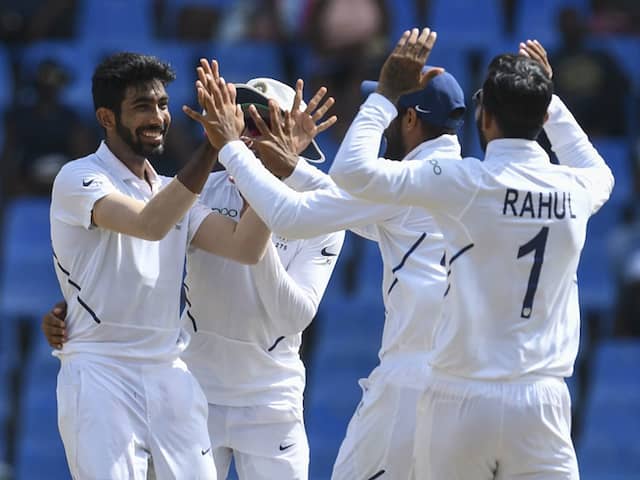 Bumrah was first to strike in extending Kraigg Brathwaite's already protracted run of low scores before scattering the stumps of opening partner John Campbell and senior batsman Darren Bravo to have the outstanding figures of three for eight off four overs at the interval.

He could have also had the wicket of Shimron Hetmyer but Kohli grassed a straightforward catch at third slip.

Sharma, who led the India attack with five wickets in the first innings, was not to be denied his share of the spoils, trapping debutant Shamarh Brooks leg-before and then making Hetmyer pay for his continuing loose play outside the off-stump, Rahane atoning for his captain's earlier error in the slip cordon.

Roston Chase, top-scorer in the West Indies first innings and leading wicket-taker with four for 132 in India's second innings effort, was expected to be joined in the middle by Shai Hope at the start of the day's final session with India pressing to finish off their hapless opponents with a day to spare and earn a precious 60 points at the start of their World Test Championship campaign.

Ironically the day started brightly for the hosts when Chase removed Kohli before the Indian captain had added to his overnight score of 51.