Stan Wawrinka To Skip US Open Due To Coronavirus

Former US Open champion Stan Wawrinka is the latest in the list of players who have decided to skip the Grand Slam, joining the likes of Rafael Nadal and Ashleigh Barty. 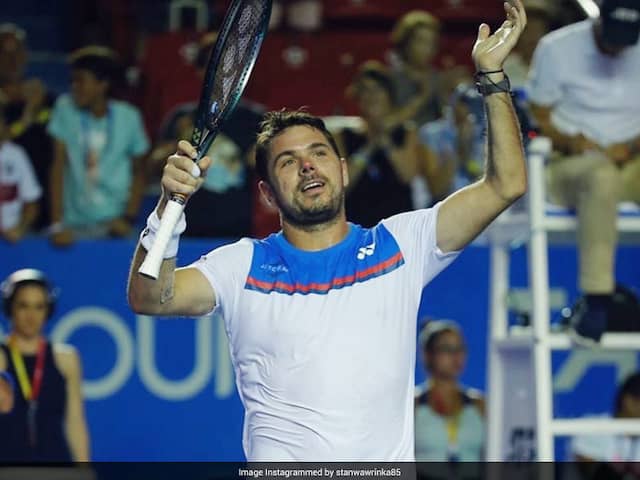 Why Courtney Walsh Didn't Mankad Pak Batsman In Crucial World Cup MatchFormer champion Stan Wawrinka confirmed Friday that he will not play the US Open citing "the health situation in New York" as the Grand Slam event took another hit. Wawrinka, the US Open winner in 2016, was already missing from the entry list along with four-time champion Rafael Nadal. Now, the 35-year-old will instead focus on Roland Garros where he won his second career major in 2015. "There is the health situation which is particular in New York. I did not want to go the US under these conditions," the world number 17, also the 2014 Australian Open champion, told RTS in Switzerland.

Players at the US Open, which starts on August 31, will be subject to tight health controls to avoid the spread of the coronavirus.

It will also be played behind closed doors.

"And the sequence of tournaments which follows after the US Open will be tough," he added, referring to the Italian Open which starts a week after the conclusion of the New York event.

Roland Garros, delayed from May-June, will then start in Paris on September 27.

"Finally, there are all the uncertainties related to the quarantine issue. There are still many questions and doubts about the holding of the US Open."

World number one Ashleigh Barty has also opted not to play.

Comments
Topics mentioned in this article
Stanislas Wawrinka Rafael Nadal Ashleigh Barty Tennis
Get the latest updates on IPL 2020, check out the IPL Schedule for 2020 and Indian Premier League (IPL) Cricket live score . Like us on Facebook or follow us on Twitter for more sports updates. You can also download the NDTV Cricket app for Android or iOS.