"Many More Years Of Irritating You": Sania Mirza's Post For Shoaib Malik On Wedding Anniversary Is An Absolute Winner

India's tennis star Sania Mirza posted a message and two pictures for her husband Shoaib Malik to wish him on their 11th wedding anniversary. 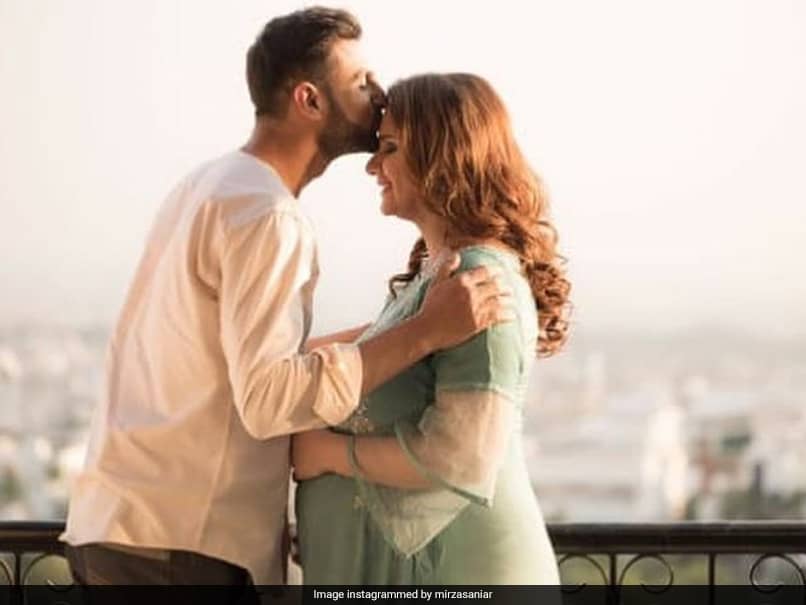 Sania Mirza posted an adorable message on social media to wish her husband Shoaib Malik on the couple's 11th wedding anniversary. "Through 'thick' and 'thin' they said," wrote Sania, adding, "through good and bad" and wished "Happy Anniversary to my main". India's tennis player Sania and Pakistan cricketer Shoaib were married in 2010. They have a son named Izhaan Mirza Malik. "To many more years of irritating you InshaAllah," wrote Sania, sharing a couple of adorable pictures with her husband. Sania is a former women's doubles world number one and Shoaib is a T20 World Cup winner with Pakistan.

Shoaib has played 35 Tests, 287 ODIs and 116 T20Is for Pakistan since his international debut in 1999. He has led Pakistan in the past, most noticeably in the 2007 T20 World Cup when the team made the final and finished runners-up to India.

Sania, who had taken a break from competitive tennis when she and Shoaib were expecting their first child, returned to the court in March 2019 after Izhaan was born in October 2018.

Most recently, Sania paired up with Andreja Klepac for the Qatar Open.

The women's doubles pair entered the semi-finals but lost in the last four to Nicole Melichar and Demi Schuurs 5-7, 6-2, 5-10.

She was previously selected as a TOPS athlete in 2017.