"Doesn't Get Much Cuter Than This", ATP Shares Video Of Young Kid Imitating Roger Federer

Fans appreciated the footwork of young kid who was imitating Roger Federer while watching the 38-year-old on TV. 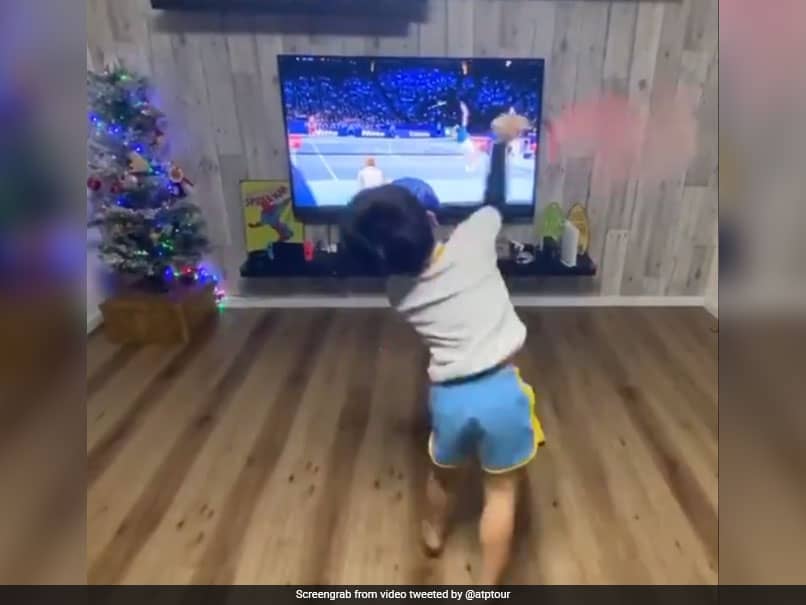 ATP shared a video where a young kid is imitating Roger Federer.© Twitter

Roger Federer, who is set to have a coin minted in his honour, is continuing to inspire younger generations to take up Tennis even after completing 21 years in professional Tennis. The Association of Professional Tennis (ATP) took to Twitter on Sunday to share a video where a young kid can be seen imitating Roger Federer while watching him play on TV. "It doesn't get much cuter than this. Still inspiring the next generation, @rogerfederer," the video was captioned.

It doesn't get much cuter than this.

Still inspiring the next generation, @rogerfederer!

Soon after ATP shared the video, fans were quick to respond to the post and appreciated the "footwork" of the youngster.

"Wow such good footwork there," a fan tweeted.

"This kid has a much better footwork than I do," another fan joined in.

This kid has a much better footwork than I do. #SMH

Last Month, Stefanos Tsitsipas defeated Roger Federer in the ATP Finals. Earlier, the 38-year had defeated Novak Djokovic to reach the semifinals of the tournament.

On December 3, Swissmint confirmed that 55,000 of the coins, featuring Federer delivering a backhand, will be produced and will be available for pre-order from Tuesday until December 19.

Expecting a high demand for the coins, Swissmint added that additional 40,000 coins could be issued in May next year.

Roger Federer ended the year at number three in the for the second consecutive year while Rafael Nadal went past Novak Djokovic to end 2019 as the number one ranked Tennis player.