The US Open will run from August 31 to September 13 on the hard courts of New York with the rescheduled French Open on clay taking place just a fortnight after. 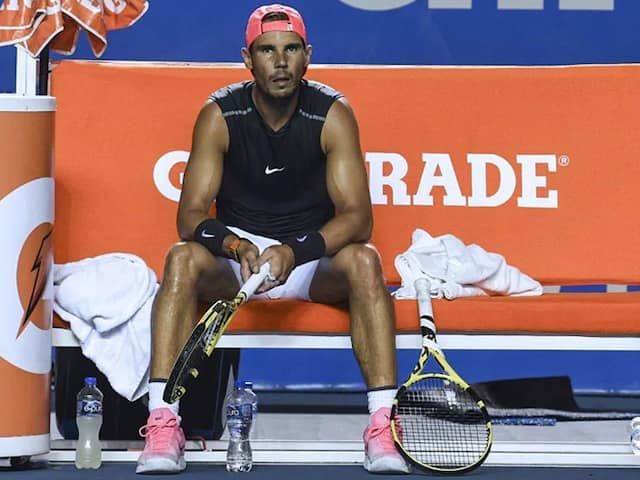 Rafael Nadal's uncle Toni revealed that that the Spanish star is "doubting which tournaments to play".© AFP

As Rafael Nadal was described as wavering over defending his US Open title or preparing for an assault on a 13th Roland Garros, Britain's Andy Murray said Saturday he fears for the safety of top players as tennis emerges from its five-month coronavirus lockdown. Tennis has been on ice since mid-March and will not return until early August. The US Open will run from August 31 to September 13 on the hard courts of New York with the rescheduled French Open on clay taking place just a fortnight after.

In between are Masters events in Madrid and Rome, both on clay and also rescheduled from the spring.

"I have spoken to Rafa and he is doubting which tournaments to play," Nadal's uncle -- and long-time former coach -- Toni told ESPN Deportes.

"The schedule is unrealistic, especially for veteran players, who cannot compete for so many weeks in a row.

"I think it is a bit ugly what the ATP has done. This decision is totally against players like Rafa and Novak Djokovic."

Murray, meanwhile, expressed his fears over player safety in quickly switching from surface to surface.

He suggested that a rankings rethink might be a solution.

"It's not safe for players to go from the semis or final in New York, quarters even, and then you're playing on the Tuesday in Madrid at altitude on the clay court, when players haven't competed for a very long time," said Murray.

"None of the top players have competed a week before a Slam. The rankings, if you can keep the points as they are, could get a bit skewed."

Murray added: "It might be worth potentially looking at a two-year ranking for the time being so that the guys who did well last year and are not able to defend their points properly aren't punished.

"There are big tournaments every single week and it's going to be very difficult for players that are winning consistently to commit to that many events. I just think we need to be a bit careful with the rankings."

Murray, returning from injury, went down to a 1-6, 6-3, 10-8 loss to Dan Evans in the semi-finals of the 'Battle of the Brits' tournament exhibition event in Roehampton on Saturday.

It was Murray's fourth match in five days in his first event since last November after being sidelined because of bone bruising on his pelvis.

Murray also needed hip surgery last year, but the 33-year-old is confident he is heading back to his best.

"My game is there, I just need more time to practise and prepare and I'll get there," he said.