Rafael Nadal will be looking for his 13th Rolland Garros title at the 2020 French Open. 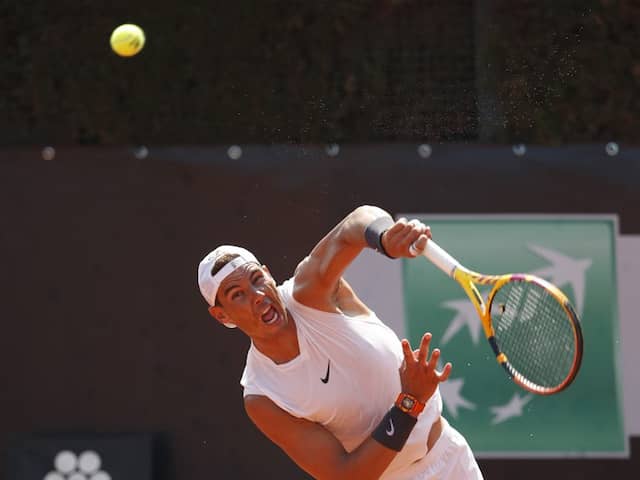 Rafael Nadal will play the Italian Open in Rome as he returns to tennis action.© AFP

Spain's clay-court king Rafael Nadal called for caution on Monday with the French Open set to be played in front of spectators later this month despite coronavirus concerns. Nadal, who will bid for a 13th French Open title in Paris, returns to competition this week on clay in Rome for the first time in six months due to the pandemic. "I don't know what's going on. I don't know what's the situation's going to look like in Roland Garros," the 34-year-old told journalists when questioned about the French Open.

"Let's see how the virus evolves the next couple of weeks. Hopefully in a good way. Doesn't look like that, no? Let's see."

"We need to be patient and we need to wait to see how the situation improves."

The world number two could match Roger Federer's 20 Grand Slam titles if he wins in Paris.

The French Open which has been pushed back from May to a September 27 start, could host up to 11,500 spectators per day.

Nadal is competing for a 10th Italian Open title this week in the Masters 1000 tournament which like the recent US Open will be played behind closed doors.

Top women's seed Simona Halep, the 2018 French Open winner, said she was "pretty sure it's going to be very strict" at Roland Garros.

"I just read that they will have fans," said the Romanian.

"But I'm pretty sure that it's going to be very strict.

Comments
Topics mentioned in this article
Rafael Nadal Simona Halep Tennis
Get the latest updates on IPL 2020, check out the IPL Schedule for 2020 and Indian Premier League (IPL) Cricket live score . Like us on Facebook or follow us on Twitter for more sports updates. You can also download the NDTV Cricket app for Android or iOS.