Novak Djokovic, champion at the US Open in 2011, 2015 and 2018, described planned limits on player entourages as "really impossible". 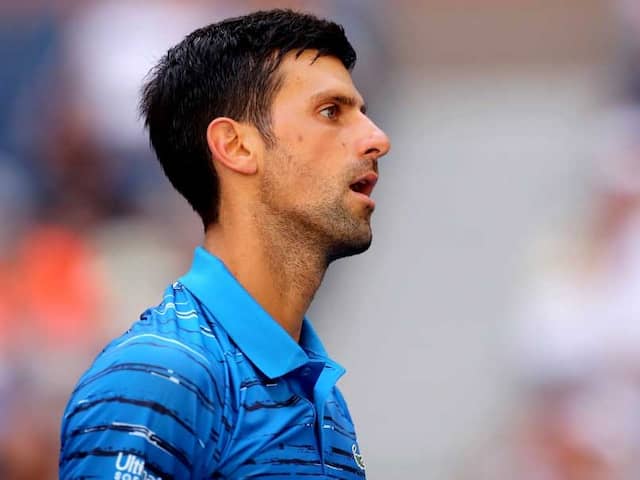 Novak Djokovic described the hygiene restrictions under which the US Open could be played as "extreme".© AFP

World number one Novak Djokovic described the strict hygiene restrictions under which the US Open is likely to be played as "extreme" and a cap on support teams as "really impossible" on Friday. As doubts grow over whether or not the Grand Slam event can go ahead as scheduled in New York, the epicentre of the coronavirus outbreak in the United States, Djokovic admitted the demands of organisers could create severe strain. "Just yesterday I had a telephone conversation with the leaders of world tennis, there were talks about the continuation of the season, mostly about the US Open due in late August, but it is not known whether it will be held," the 33-year-old Serb told Prva TV television and quoted by Blic online daily.

"The rules that they told us that we would have to respect to be there, to play at all, they are extreme."

Djokovic, champion at the US Open in 2011, 2015 and 2018, described planned limits on player entourages as "really impossible".

"We would not have access to Manhattan, we would have to sleep in hotels at the airport, to be tested twice or three times per week.

"Also, we could bring one person to the club which is really impossible.

"I mean, you need your coach, then a fitness trainer, then a physiotherapist.

"All their suggestions are really rigorous but I can understand that due to financial reasons, due to already existing contracts, organisers (want the event to be) held. We will see what will happen."

Djokovic was speaking a day after world number two Rafael Nadal had expressed similar reservations over the US Open, the main draw for which starts on August 31.

Nadal, who won a fourth US Open in 2019, said that if the New York showpiece was being staged this week, he would not play.

"We cannot resume until the situation is completely safe and fair in terms of health in that all players, wherever they come from, can travel and play tournaments in safe conditions," Nadal told reporters in a video conference call.

"If you told me to play the US Open today, I would say 'no'.

"In a few months, I don't know. I hope so. We have to wait for people to return to normal life. And when it does, wait to see how the virus evolves."

The tennis tour has been in cold storage since mid-March and will not resume until late July at the earliest.

Wimbledon was cancelled for the first time since World War II, while the French Open has been shifted from May-June to September-October.

"It's exciting that tennis is being talked about again and things are moving in the right direction for us to start competing," she told the Sydney Morning Herald.

"But I'd need to understand all of the information and advice from the WTA and the USTA before making a decision on the US events."

It is expected that the ATP and WTA will issue an update on the US Open and the rest of the season on Wednesday.

Even if the US Open goes ahead, it will likely be behind closed doors.

Novak Djokovic Rafael Nadal Ashleigh Barty Tennis
Get the latest Cricket news, check out the India cricket schedule, Cricket live score . Like us on Facebook or follow us on Twitter for more sports updates. You can also download the NDTV Cricket app for Android or iOS.