The 24-year-old had told reporters in Dubai on Thursday that he believed in peace and unity and he reiterated the sentiment after his win over Hurkacz. 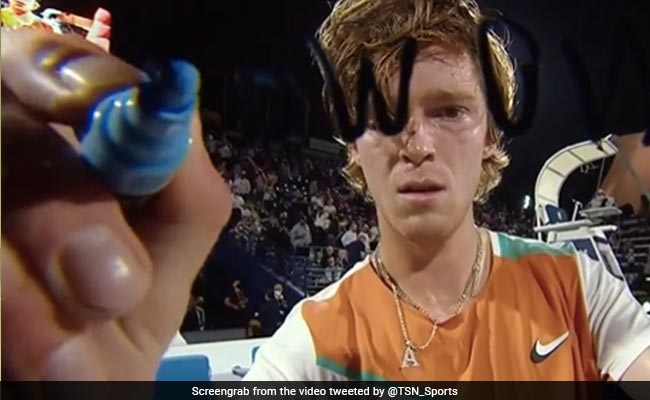 Andrey Rublev writes a message after his semi-final win

Russian tennis star Andrey Rublev made a unique plea for peace after winning his semi-final match at the Dubai Tennis Championships on Friday. Rublev made the gesture after notching an eighth consecutive victory on Friday to move into his second final in as many weeks with a 3-6, 7-5, 7-6 (7/5) win against Hubert Hurkacz in Dubai. The Russian No.2 seed signed the camera lens on court with the message, "No war please", clearly stating his feelings about his nation's military operation in Ukraine.

Watch the video of Rublev's call for peace

Russian tennis player Andrey Rublev writes "No war please" on the camera following his advancement to the final in Dubai. pic.twitter.com/GQe8d01rTd

The 24-year-old had told reporters in Dubai on Thursday that he believed in peace and unity and he reiterated the sentiment after his win over Hurkacz.

In the wake of Russia's invasion of Ukraine, Rublev posted a photo on Instagram of two characters featuring the colours of the two nations' respective flags hugging each other.

Rublev, who has been in a very good run of form in recent weeks, won the title in Marseille last Sunday and has battled through some tight situations this week in the Emirates, rallying back from a set down in each of his last three matches.

Now through to the championship match, Rublev will be seeking a 10th career title and fifth at the ATP 500 level on Saturday.

He will face either Czech qualifier Jiri Vesely, who shocked Novak Djokovic in the quarter-finals, or Canadian sixth seed Denis Shapovalov in the final.