Simona Halep and defending women's champion Karolina Pliskova both eased into the quarter-finals of the Italian Open on Friday. 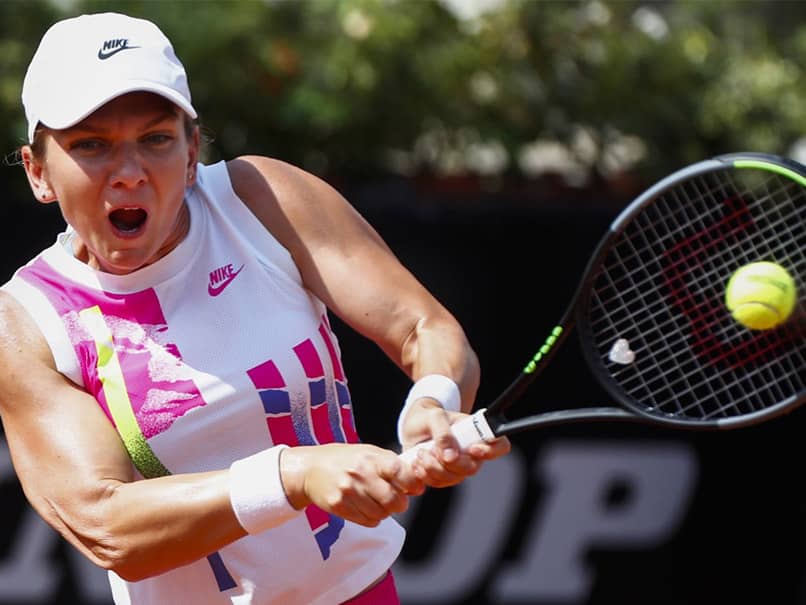 Simona Halep and defending women's champion Karolina Pliskova both eased into the quarter-finals of the Italian Open on Friday. Top seed Halep rallied from 3-0 down in the first set to see off Ukraine's Dayana Yastremska in a 7-5, 6-4 victory that took one hour and 28 minutes. "Big picture, I think it was a great match and gives me confidence that even in these conditions with a big hitter that I could win in two sets," said Halep. The two-time Rome finalist next meets Yulia Putintseva, who battled back from 6-4, 5-2 down to see off fellow Kazakh Elena Rybakina, the 10th seed, 4-6, 7-6 (7/3), 6-2.

"I feel good with my body. I'm ready to face her and tomorrow, hopefully, I will play better than today."

Halep is warming up on clay for the French Open, a tournament she won in 2018, after skipping the US tour because of coronavirus fears.

Her last win was in Prague a month ago.

The second-seed Czech, who defended her Brisbane title in January, got off to a stumbling start with two double faults in the opening game allowing Blinkova to break.

But the 22-year-old Russian was unable to build on her advantage against the former world number one, who next meets 11th seed Elise Mertens after she got past Danta Kovinic 6-4, 6-4.

Both players hit 15 winners each but Briton Konta paid for 22 unforced errors to the Spaniard's 13.

Muguruza prevailed 6-4, 6-1 against seventh-seeded Konta to reach the last eight in Rome for the third time.

The former French Open winner will next face US Open finalist Victoria Azarenka who advanced after Russian Daria Kasatkina retired injured in their first set tiebreak.