Defending champion Rafael Nadal and Novak Djokovic made winning returns at the Italian Open on Wednesday with the top two men's seeds easing into the third round of the clay-court tournament in Rome. 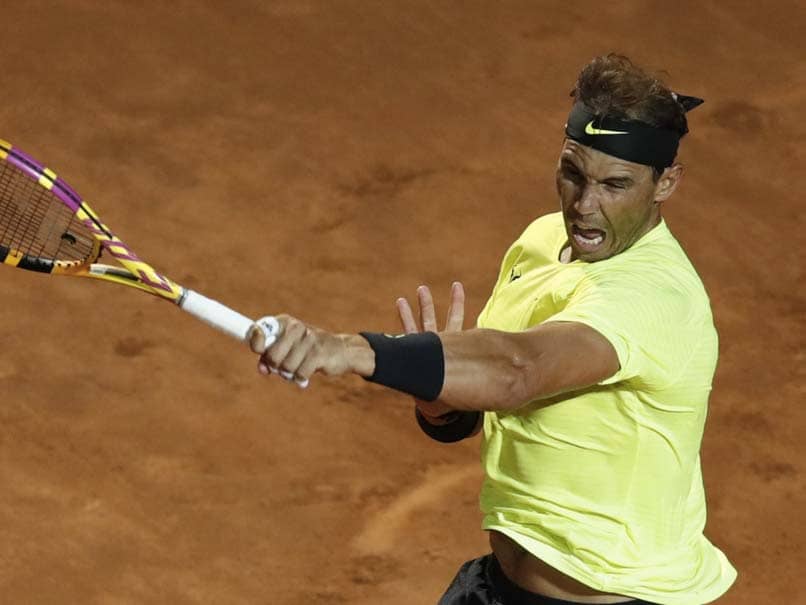 Defending champion Rafael Nadal and Novak Djokovic made winning returns at the Italian Open on Wednesday with the top two men's seeds easing into the third round of the clay-court tournament in Rome. Nine-time winner Nadal swept aside fellow Spaniard Pablo Carreno Busta 6-1, 6-1 in his first match in over six months, played behind closed doors at the Foro Italico. The world number two has not played since winning in Acapulco at the end of February, opting to skip the US hard court tour amid coronavirus concerns.

"It was a good feeling going out there," said 34-year-old Nadal.

"Not beautiful, the feeling playing without the spectators, because the energy of the fans is impossible to describe.

"But for me, at least, today was a very positive comeback.

"I played a very solid match and very serious and doing a lot of things very well, so very happy."

Nadal only conceded one break point chance to his 18th-ranked rival who showed signs of tiredness having reached the semi-finals of the US Open.

Nadal is building towards his bid for a 13th French Open title, although he stressed: "I never take Rome like preparation for nothing else."

Earlier, Djokovic eased past Italian wild card entry Salvatore Caruso 6-3, 6-2 after his unbeaten record this season was ended with a US Open last 16 default for accidently striking a line judge with a ball hit in frustration.

"I didn't feel that I had any mental or emotional blockages or any dramas playing a match today," said the world number one.

Djokovic, who had said he had learned a "big lesson" was keen to move on in Rome.

The 33-year-old playfully greeted an imaginary crowd in an empty Central Court because of strict coronavirus measures.

"I don't know who it was, but it was noise coming from there during the points.

"It was a very good test for me. I'm very pleased with the way I handled myself in important moments," said Djokovic, who has reached nine finals in Rome and won four.

He next plays 29th-ranked fellow Serb Filip Krajinovic for a place in the quarter-finals.