French Open: Serena Williams came into the tournament carrying an Achilles tendon injury and has pulled out now. 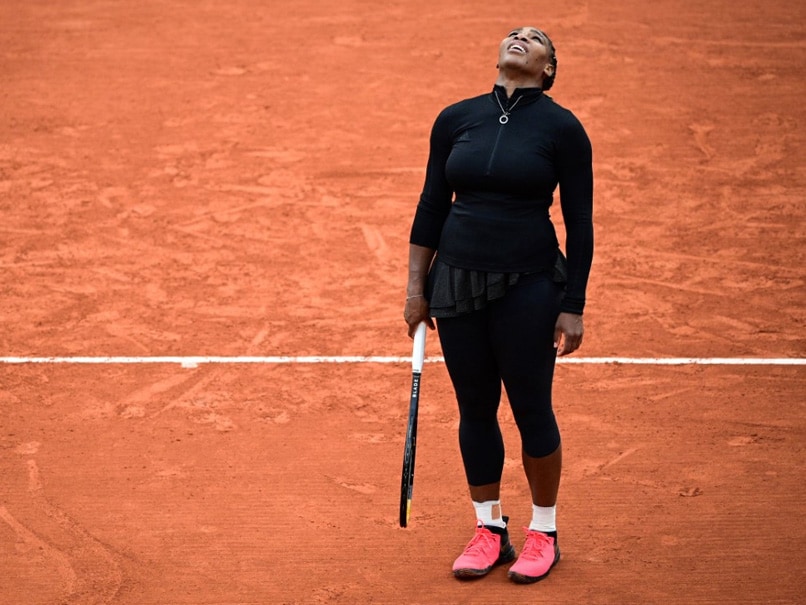 French Open: Serena Williams will likely miss the rest of 2020 due to her Achilles tendon injury.© AFP

Serena Williams withdrew from the French Open on Wednesday ahead of her second round match with an Achilles injury, as the American's bid for a 24th Grand Slam title suffered another blow. The 39-year-old Williams, a three-time winner at Roland Garros, had arrived in Paris carrying an Achilles injury that prompted her to skip the Rome tune-up event. "The Achilles didn't have enough time to heal after the US Open," said Williams. "I was struggling to walk and that is a tell-tale sign that I should try to recover."

Serena Williams has withdrawn from #RolandGarros with an achilles injury. pic.twitter.com/u6vGa9JCkX

The injury likely means she will miss the rest of 2020 leaving the Australian Open in 2021 as her next chance to equal Margaret Court's all-time majors record.

"I need four to six weeks of sitting and doing nothing," she said. "It's more than likely that I won't play another tournament this year."

Her decision to pull out handed Bulgaria's Tsvetana Pironkova a walkover and left Williams searching for a first major since the last of her 23 titles at Melbourne in 2017.

Later on Wednesday, Rafael Nadal looks to build on a promising start to his quest to match Roger Federer's 20 Slam titles when he plays American outsider Mackenzie McDonald.

Top seed and women's favourite Simona Halep also puts her 15-match winning streak on the line as she targets another run at a second French Open crown in three years.

Nadal needs one more major to pull level with long-time rival Federer and owns an astonishing 94-2 record in Paris going back to his triumph on debut in 2005.

The Spaniard showed little trouble in handling the heavier conditions in his opening win over Egor Gerasimov at a tournament postponed four months by the coronavirus pandemic.

However, the 34-year-old is wary of an untimely slip-up having made serene progress on his return to action in Rome before running aground in the quarter-finals.

Nadal on his guard

"Six months without playing a single tennis match is not easy," said 12-time French Open winner Nadal, who touched down in Paris without a clay title to his name for the first time.

"I said in Rome when I played the first two matches well, I said, 'Okay, don't believe things are going to be like this.'

"I know how difficult are the comebacks. I had to stop playing tennis for more than two months, so situation is difficult. It's normal, some up and downs."

A first-time opponent again awaits Nadal in the 236th-ranked McDonald, whose lone tour win this season came against Yusutaka Uchiyama at Delray Beach in February.

She battles fellow Romanian Irina-Camelia Begu on Court Suzanne Lenglen, having been spared the grim weather by playing under the new retractable roof in her opener.

Halep has won each of her past three tournaments, resuming the interrupted season with titles on clay in Prague and Rome following her victory at Dubai in February.

Alexander Zverev, the runner-up to Thiem in New York, will go up against Pierre-Hugues Herbert in the final match scheduled on Court Philippe Chatrier.

Comments
Topics mentioned in this article
Serena Williams Tennis
Get the latest updates on IND vs NZ 2021, check out the Schedule and Live Score . Like us on Facebook or follow us on Twitter for more sports updates. You can also download the NDTV Cricket app for Android or iOS.