The announcement temporarily shuts down the men's and women's European clay court season a day after the French Open was pushed back to September. 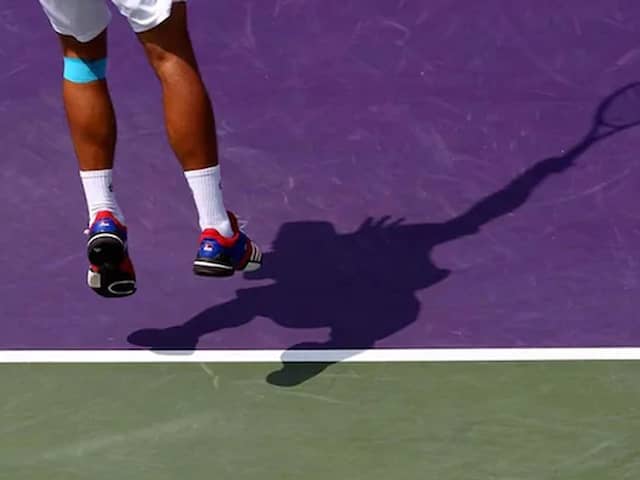 The ATP and WTA released a joint statement on the suspension of the tennis season.© AFP

The ATP and WTA tennis competitions have extended the suspension of their seasons until June 7 due to the coronavirus pandemic, the two tour organisers announced on Wednesday. "The professional tennis season is now suspended through 7 June 2020, including the ATP Challenger Tour and ITF (International Tennis Federation) World Tennis Tour," the ATP and WTA said in a joint statement. At this time, tournaments taking place from 8 June 2020 onwards are still planning to go ahead as per the published schedule."

The announcement temporarily shuts down the men's and women's European clay court season a day after the French Open was pushed back to September.

It also further pushes back the restart to the tennis season as both tours were already shut down, with the ATP last week originally halting proceedings until April 27 and the WTA announcing no play until May 2 on Monday.

"In these challenging times, it is more important than ever for our sport to pull together to provide as much certainty as possible to all those affected by these postponements," said ITF president David Haggerty.

"We recognise the huge impact this will have, but ultimately the health and safety of players, officials and spectators has to be our primary concern."

Events affected by the shut down include the combined ATP/WTA tournaments in Madrid and Rome, the WTA events in Strasbourg and Rabat and ATP events in Munich, Estoril, Geneva and Lyon.