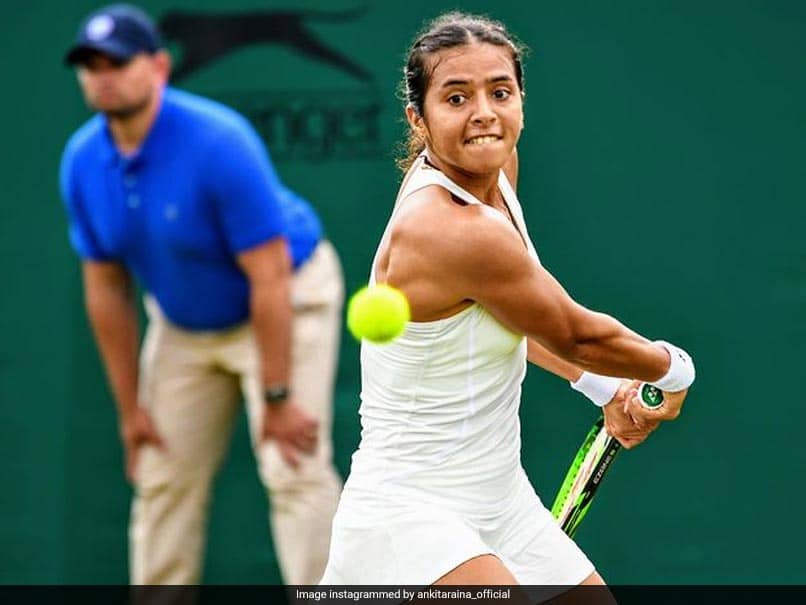 Ankita Raina overcame a second-set lapse to win 6-2 2-6 6-3 in the second round.© Instagram (File Photo)

India's top-ranked women's player Ankita Raina moved to the final round of the Australian Open Qualifiers with a gutsy three-set win over world number 118 Katarina Zavatska but it was curtains for Ramkumar Ramanathan in the men's singles. In the women's singles qualifiers being held in Dubai, Ankita overcame a second-set lapse to win 6-2, 2-6, 6-3 in the second round against the Ukrainian. The match lasted two hours and 20 minutes.

It is Ankita's sixth attempt to crack the singles main draw of a Grand Slam and she is now just one win away from creating history.

Only Nirupama Vaidyanathan and Sania Mirza have competed in the women's singles main draw of a Grand Slam from India till date.

In the men's singles being held in Doha, Ramkumar lost his second round 3-6 2-6 to Chinese Taipei's Tung-Lin Wu in 69 minutes.