Andy Murray Says "Naive" To Think He Will Return To Top

Andy Murray said he has the skills to compete at the highest level but doesn't expect to get back on the top. 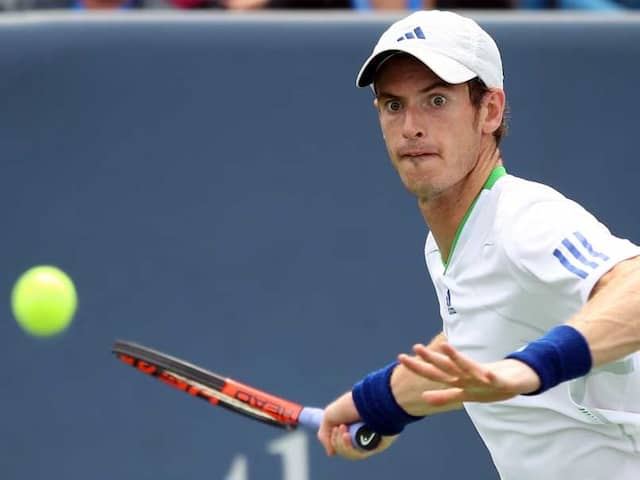 Andy Murray said Sunday it would be "naive" and "silly" to think he will ever return to being the player that surged to number one in the world. The 32-year-old Briton, a three-time Grand Slam champion, is on a long comeback trail after undergoing career-saving hip resurfacing surgery in January. He is now free of pain, and this week will compete at the Zhuhai Championships -- the first of three tournaments he is scheduled to play in China in the next three weeks. Murray believes this crucial period in his rehabilitation will provide some answers as to how good he can be again -- but is under no illusions about the longer term.

"Honestly, I'm not expecting to get back to my very best," Murray, now ranked 413 in the world, told AFP in Zhuhai.

"I think it would be probably a bit naive and silly to think that would be the case.

"I do feel like tennis-wise I can still compete at the highest level in terms of my skill, it's just whether physically I can get to a high enough level to be competitive right at the top.

"I've still got quite a ways to go in that respect, I don't know exactly where the end point is.

"Probably until I stop improving, I'll then have to make a call (about his future).

"If my improvement stopped today, I probably wouldn't be happy playing at the level I'm at just now."

No fears of retirement

Murray, who surged to the top of the world rankings in 2016, Tennys Sandgren, ranked 69, at the inaugural event in Zhuhai, southern China this week.

Last month, in only his second singles match since his operation, Murray narrowly lost to the American.

The Briton then competed in a lower-level Challenger event in Spain, as he attempts to rebuild his creaking body for the rigours of elite tennis.

Although Murray lost in the last 16 in Mallorca against the unheralded Matteo Viola, he was pleased he came through three matches in four days without any complications.

Murray says that he is enjoying the comeback journey, but having several months away from tennis changed his perspective and he is now "looking forward" to retirement.

"Tennis has always been a huge part of my life, but I realised probably then that actually my health was the most important thing for a happy life and I had always probably been worried about what life might look like after tennis," he said.

"I had a glimpse these last few months and it was brilliant.

"I was just in no pain, just doing lots of different things, hanging out with friends and family, and it was great.

"So I am looking forward to when I do stop playing eventually.

"But while I am not in pain just now, I will try to keep playing tennis because I enjoy it."

After Zhuhai, the China Open in Beijing and the Shanghai Masters, Murray will return to Europe to compete in the European Open in Antwerp, making it a testing next month.

Winning "a couple of matches" at each tournament would be a success, he said, with building up his speed and stamina the priorities on the tortuous road to recovery.

If that sounds like low expectations, Murray, a two-time Wimbledon champion and Olympic gold medallist, is just happy being pain-free.

"The last two, three years -- two years for sure -- I was not enjoying playing, I wasn't enjoying training," he said.

"I was not enjoying any of it because it was painful and uncomfortable."