The injury picked up at the Davis Cup had already forced Andy Murray to miss the Australian Open which starts on Monday. 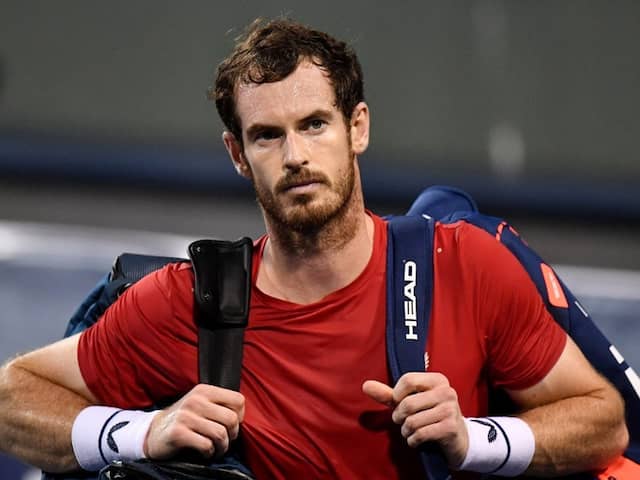 Andy Murray said he would have to further delay his comeback after failing to shake off a pelvic injury.© AFP

Andy Murray on Thursday said he would have to further delay his comeback after failing to shake off a pelvic injury. The 32-year-old former world number one, who hasn't played since the Davis Cup Finals in Spain in November, had pencilled in a return at either Montpellier in France or the Dutch city of Rotterdam next month. "I don't want to rush anything or put a timeline on my recovery," three-time major winner Murray was quoted as saying by British media. "I'm going to listen to my body and step back on the court to compete when the time is right."

"The bone bruising is taking longer to heal that first thought, so I won't be playing in Montpellier or Rotterdam in February."

The injury picked up at the Davis Cup had already forced him to miss the Australian Open which starts on Monday.

Murray, now ranked at 127 in the world, had hoped to make his return to Grand Slam action in Melbourne following a hip resurfacing operation last year.

But concerns over the fitness of the five-time losing Australian Open finalist were raised when he cancelled a scheduled block of training in Miami.

Melbourne Park was the scene of an emotional press conference 12 months ago where he suggested he might retire as a result of his hip injury.

A fortnight later the double Olympic gold medallist, twice a Wimbledon champion and the winner of the 2012 US Open, had hip resurfacing surgery.

He started his return to action at the Queen's Club grass-court event in London in June where he teamed with Spain's Feliciano Lopez to win the men's doubles.

Victory over fellow three-time major winner Stan Wawrinka in the final of the ATP Tour event in Antwerp in October was Murray's first singles title in two years.

However, he was injured during the Davis Cup and then watched from the sidelines as Britain went on to reach the semi-finals.