"Flat" Alexander Zverev Crashes Out In Basel First Round

Alexander Zverev described his 7-6 (9/7), 6-4 loss to Taylor Fritz as 'flat' as he was knocked out of the ATP Swiss Indoors. 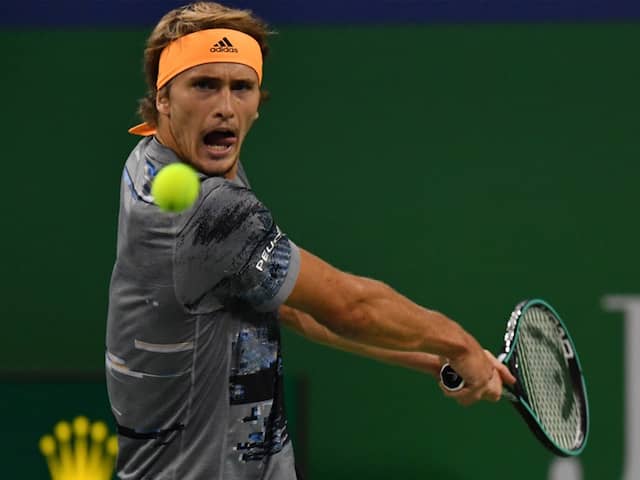 World number six Alexander Zverev described his 7-6 (9/7), 6-4 loss to Taylor Fritz as 'flat' as he was knocked out of the ATP Swiss Indoors on Tuesday. The German's loss to the 21-year-old American  came barely a week after defeat in the Shanghai Masters final to Daniil Medvedev and puts his chance of defending his ATP Finals title at risk. "I was completely flat for some reason," he said. "I was tired and not focused at all. It was a weird feeling," he added.

The season points race will be determined next week at the Paris Masters as the last two of the eight spots are decided.

"The way I played today, in my current mental stage, I'm not going to beat anybody," Zverev, ranked seventh in the world, said.

"I'm very disappointed but it's more about myself than the result."

Zverev, a semi-finalist last year in Basel, fought hard to take the opening set into a tiebreaker, but was overwhelmed in the second by his American opponent in 86 minutes.

"Normally I really enjoy it on court, the tough moments, the fighting," Zverev said.

"But today I was completely out of it. I may go home for a few days and clear my mind. I'll try to do well in Paris and hopefully make it to London."

Fritz, ranked 31st in the world and a winner at Eastbourne in June, saved both break points against his serve.

"I knew it was going to be a difficult battle out there. He fought hard and gave me a hard time, but I'm satisfied and happy that this match didn't go longer or to three sets," Tsitsipas said.

The Greek now boasts wins in eight of his last 10 matches including a final in Beijing to Dominic Thiem.

Fabio Fognini picked up his London qualifying pace with a 6-2, 6-4 victory over Australian Alexei Popyrin.

The Italian winner reached the second round in 78 minutes to reinforce his year-end bid.

The Monte Carlo Masters champion stands 11th in the chase for one of the remaining eight ATP Finals spots.

"If I qualify - fine. If not, then I can spend more time with the family, that's the most important thing anyway," he said.

Moldovan Radu Albot will line up in the second round against nine-time champion Roger Federer on Wednesday after a 2-6, 6-3, 6-4 comeback over Serb Dusan Lajovic.

Comments
Topics mentioned in this article
Alexander Zverev Tennis
Get the latest Cricket news, check out the India cricket schedule, Cricket live score . Like us on Facebook or follow us on Twitter for more sports updates. You can also download the NDTV Cricket app for Android or iOS.