Most table tennis players, including Sharath Kamal and G Sathiyan, said they were not comfortable travelling anytime soon amid the COVID-19 pandemic. 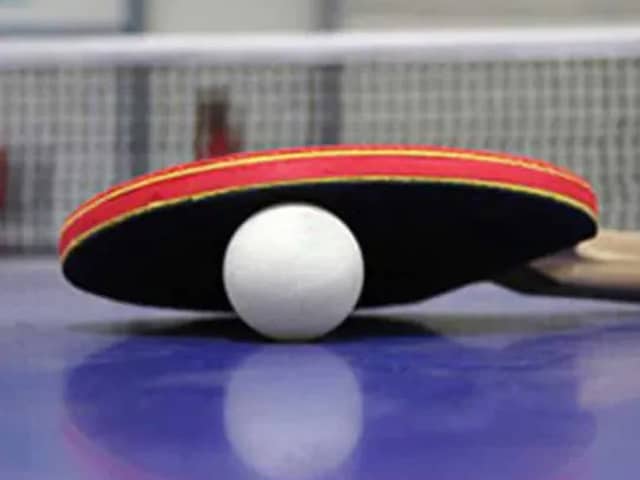 The Table Tennis Federation of India on Monday sought written consent from its top 16 players to join a training camp after the government allowed sports complexes to open but wary paddlers said they would prefer to wait a while. Most players, including India's leading players Sharath Kamal and G Sathiyan, said they were not comfortable travelling anytime soon amid the COVID-19 pandemic. TT camps are held at NIS Patiala, Sonepat, and Kolkata.

"We were asked to join the camp at the end of the month but I feel it is too early for that. Cases continue to rise and travel restrictions are in place. Training can wait until the situation improves significantly," world number 31 Sharath, who is based in Chennai, told PTI.

"Anyway, all ITTF (international body) activities are suspended till the end of June. There is no event planned in the near future. It would be nice for the whole team to be together again but not anytime soon."

The players have been confined to their homes ever since the lockdown was enforced almost two months ago. The government on Sunday extended the lockdown till May 31 with more relaxations.

Like Sharath, world number 32 Sathiyan is based in Chennai and said he would rather train in his hometown given the current situation. "It is not safe to travel in a given situation. I would prefer to train in Chennai at Raman TTHPC along with my coach (S Raman) and a few sparring partners post the lockdown.

"Also, I have a great setup here with the necessary fitness training regime under Ramji Srinivasan (former Indian cricket team trainer). I hope I will get the necessary permission from the authorities," said Sathiyan.

"We have written to the players (8 men and 8 women) to check their availability for the training camp as early as next week. If they are ready to resume training, we can organise something by next week or end of the month," Singh told PTI.

However, with travel restrictions in place, it remains to be seen how willing players assemble in one place. While Sharath and Sathiyan are in Chennai, star women paddler Manika Batra is in Pune.

"Since, the government announced the opening of stadiums and complexes, it must have thought about how it would reopen sporting activity in the country. It can only answer on how it plans to assemble the players at one place. Either of the three centres -- NIS Patiala, Sonepat and Kolkata -- will be fine with us," said Singh.

The federation has also written to coaches Soumyadeep Roy and Arup Basak on their availability for the camp.

Singh also informed that TTFI will be nominating Sanil Shetty, Madhurika Patkar and Sutirtha Mukherjee for the Arjuna Award. "They are our best bets for the award this year. They will soon be sending their application. Since there is still time for application deadline (June 3), more players can also send their applications," Singh added.