Peter Handscomb said signs were positive that the T20 World Cup, scheduled to begin in October in Australia, will go ahead. 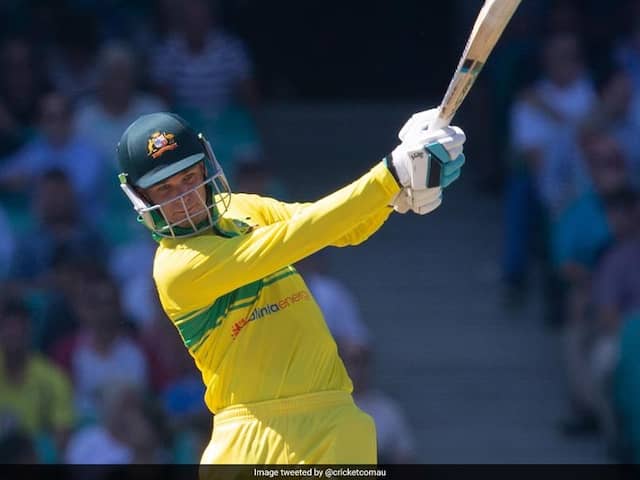 Peter Handscomb said that the T20 World Cup being an international event makes it complicated.© Twitter

Australia batsman Peter Handscomb said he was hopeful the Twenty20 World Cup would proceed as planned later this year, citing signs other Australian sports were preparing to end COVID-19-related suspensions. All sports including cricket are currently on hold in Australia and strict travel restrictions have cast doubt on whether the 16-nation tournament will go ahead in October and November. But Australia's success in containing the virus has seen the National Rugby League and Australian rules competitions working on plans to resume matches.

"Looking at what other sports are trying to do at the moment, it's great to see the football codes in Australia are looking to get back soon at least to training," Handscomb told reporters.

"They're going to try to start their seasons end of May, June-July. That could set a real good precedent for sport in Australia coming into our summer."

Handscomb conceded the international nature of the T20 tournament made it a more complicated proposition than domestic sporting contests, but said the signs were positive.

Australia's T20 captain Aaron Finch also believed the showpiece event would go ahead, even if it was delayed and played behind closed doors.

"I think we might have to get our heads around a T20 World Cup that might be postponed for a month, two months, three months, whatever it has to be," Finch told Melbourne's SEN Radio Wednesday.

International Cricket Council officials are holding a conference call on Thursday to discuss the international schedule.

Batting great Sunil Gavaskar suggested this week that India could host the World Cup if Australia continues to bar foreigners because of the virus.

Australia Cricket Team Peter Handscomb Cricket
Get the latest updates on IPL 2020, check out the IPL Schedule for 2020 and Indian Premier League (IPL) Cricket live score . Like us on Facebook or follow us on Twitter for more sports updates. You can also download the NDTV Cricket app for Android or iOS.