Babar Azam said that while he wants the T20 World Cup to take place, it would be difficult for teams to play with the stands empty. 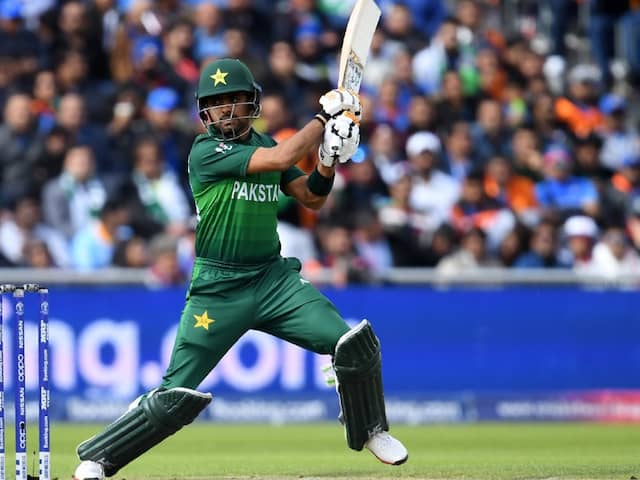 Babar Azam is Pakistan's captain in ODIs and T20Is.© AFP

Pakistan's new ODI and T20 International (T20I) skipper Babar Azam on Monday said that he wants the ICC T20 World Cup, scheduled for October this year in Australia, to take place as planned. As the world continues to grapple with the coronavirus pandemic, many sports have resumed behind closed doors, and cricket may be played like that in the future amid the crisis. With no official confirmation, the fate of the T20 World Cup hangs in balance due to the coronavirus pandemic.

"Not shining the ball, no celebrations during the match for social distancing these things will be difficult to imagine when we again play cricket. Everyone will follow the new rules if ICC set any," Azam said in an online press conference.

"It (T20 World Cup) is my first World Cup as a skipper and as a player too. I would want the World Cup should take place. However, it would be difficult to play without a crowd. The players will need to get extra motivation to perform in front of an empty stadium," he added.

The International Cricket Council's Cricket Committee will hold a video conference on May 28 where the future of the competition could be decided.

Sources within the top cricketing body had confirmed to ANI about the T20 World Cup being the topmost agenda in the video conference meeting.

"There is a meeting of cricket committee on May 28 and the top agenda of this meeting is to discuss the way forward for T20 World Cup, may proposals will be discussed, including the postponement of the tournament to 2022," sources within the ICC had told ANI.

"The tournament may also go on as per the scheduled date and players can be asked to go for a quarantine period, it will also be discussed whether crowds can be a part of the tournament or not," the source added.

The T20 World Cup is slated to be played from October 18- November 15 at seven venues across Australia.

Pakistan Cricket Team International Cricket Council ICC T20 World Cup 2020 Cricket
Get the latest Cricket news, check out the India cricket schedule, Cricket live score . Like us on Facebook or follow us on Twitter for more sports updates. You can also download the NDTV Cricket app for Android or iOS.