"No Rush To Make A Decision": Kane Richardson On T20 World Cup

The men's T20 World Cup is scheduled to be held in Australia this year in October-November, but the final decision is yet to be taken by the ICC. 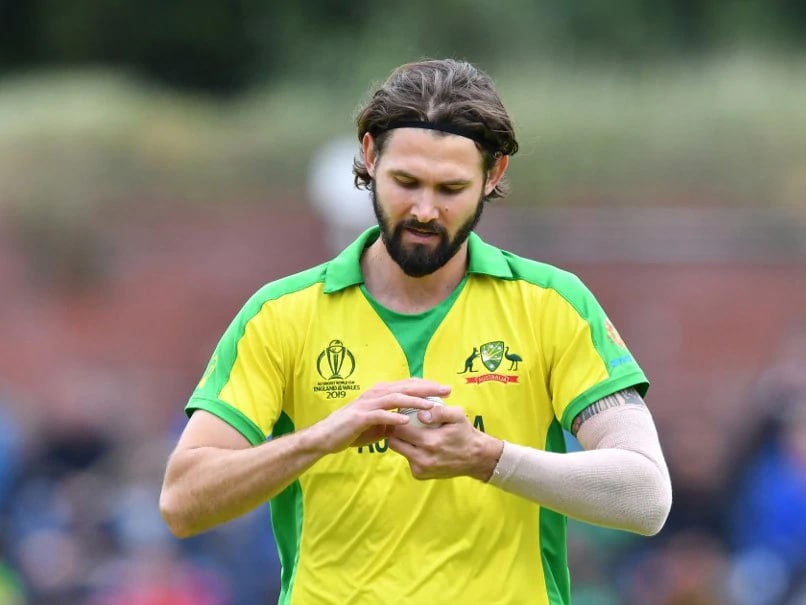 Kane Richardson has played 25 ODIs and 18 T20Is for Australia so far.© AFP

Australia pacer Kane Richardson on Thursday said the International Cricket Council did the right thing by deferring a decision on the fate of this year's T20 World Cup until next month as a call of this magnitude should not be rushed. The ICC, on Wednesday, said it will wait for another month before taking a call on the T20 World Cup, scheduled to be held in Australia in October-November. A vital part of Australia's T20 squad, Richardson said there was no rush to take the call.

"It's always nice to know what's going to happen in the near future but taking as much time as we can to make a decision about this is important. There's no rush to make a decision," Richardson was quoted as saying by cricket.com.au.

"I think it's the right move, I think Australia and New Zealand have been really good in terms of flattening the curve, so I think there's some positivity there in terms of some cricket being on this summer with some kind of normality around it.

"The best decision is to take your time with this and make sure we've made the right decision," he added.

The 29-year-old said it would be great if the team could play some domestic cricket before the World Cup but the players would back any decision made by the management.

"It depends on what the state programs can put together. If there's some domestic cricket we can play before that, that'll be a bonus."

"Whatever decision is made we'll role with it. We haven't got much other choices. As we've heard said so many times, it's unprecedented, but if it means we''re under-prepared, then so be it but I think we'll be fine," he added.

Australia is yet to win its maiden T20 World Cup and this year provides the hosts with the perfect opportunity to lay their hands on the coveted trophy.

"At the moment it feels like everyone is really clear on what their role in the team is. In T20 cricket that's really massive. The more simple you can make the game the better".

"It feels like we're rolling pretty well but it also feels like a lifetime ago we played our last game. But a lot of blokes in that team have confidence in their role in the team and results have shown that.
Richardson feels despite the COVID-19 enforced break the team members are aware of the role they need to fulfil.

"The disruption has come at a not ideal time for our team but everyone still knows and remembers what their role in the team will be and hopefully when we come together next time we'll just continue on that progress we've made."

Richardson had missed Australia's last ODI against New Zealand in March. He had shown symptoms of the virus but had returned a negative result for the COVID-19 test.

Talking about his experience Richardson said: "It wasn't pleasant (but) if that's the world we''re in, to take the field and do our jobs we have to get a swab stuck down our nose or throat, I think everyone will sign up for that."

"It's a pretty small price to pay to go to work and do your job. It only takes 10 seconds and as unpleasant as it is, I think everyone would be willing and able to do that to make sure we play."