US film 'explores the power' of baseball in Manipur

Two American women, one a critically acclaimed director and the other an Academy-Award winning actress, have come together to make a movie that they say "explores the power" of the game for "people in a troubled, distant place." 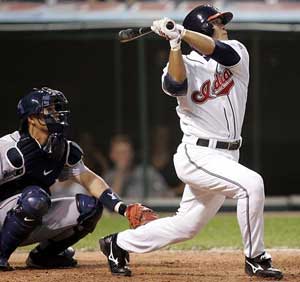 It was amazing enough that in cricket-crazy India, America's national pastime baseball has found a foothold in the northeastern state of Manipur.

And now two American women, one a critically acclaimed director and the other an Academy-Award winning actress, have come together to make a movie that they say "explores the power" of the game for "people in a troubled, distant place." (Note: Adjoining image is for representational purpose only)

Featured at the 13th New York Indian Film Festival ended Saturday, "The Only Real Game", a new documentary by Mirra Bank ("Last Dance", "Nobody's Girls") tells the story of how baseball has nurtured a dream for healing a wounded society and connecting it to the wider world.

"Baseball is a team sport and everyone on the team has a particular position and a job to do within the team" Melissa Leo, Academy-Award winning actress (The Fighter, Frozen River, 21 Grams), who narrates the film told IANS on phone from New York.

"So win or lose, at the end of the day everyone can go home happy at playing in a team," she said explaining how the game nurtures a team spirit. But, "I think the real impetus of the film is what ties people quite a lot in pretty dire circumstances" she said.

Leo said she happily went along and joined Bank because "we both have interest and respect for each other's work" and "If she was making a film that she thought was terribly important for the people in it, I had a suspicion she would be treating them in a really brighter kind of light."

Although on the one hand it is entertainment, it can also "shed light on the dilemmas of these people," she said. "A lot of time atrocities are happening because they are happening in the dark."

Some American soldiers brought the game to Manipur during World War II and started a tradition that has lasted all these years handed down from family to family, making it perhaps the only place in India where baseball is played.

"I know that there are several women who are involved from one generation to the next over the years to keep it alive," Leo said, "because "it really seems to help especially the youth to direct their energies and have a healthy outlet for them."

This brings out a spirit of pulling together, she said and so "women in Manipur, who have recognised that it's a very important part of their social structure, work very hard to keep baseball alive."

Leo does find it "quite amusing", though that baseball is played there in Manipur" when kids all over India are playing cricket even in parking lots and backyards. "It's funny, but you know, cricket is not for everyone."

The Golden Globe and Academy Award winning actress, who currently features in the action thriller "Olympus Has Fallen" as well as the Tom Cruise helmed Sci-Fi adventure "Oblivion" has never been to India and is hoping "The Only Real Game" will help her go over there.

"If it's something that recognition of me can help to shed light on things then that's a good thing," she said. "And if an individual can do anything that will be better for people who have less, I'll give it a shot," added the actress, who has always had quite a draw to India and its "quite beautiful" aesthetics.