Apart from the medal winners, several other wrestlers also did not give their samples. 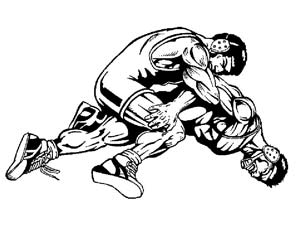 Taking a tough stand against suspected dope offenders, the Wrestling Federation of India has withdrawn the names of at least six medal winners at the just concluded Junior National Wrestling Championship after they failed to provide samples for tests.

Rahul hails from Madhya Pradesh, Amit from Delhi, Sandeep and Sunil from Chandigarh while Anoop and Manjeet represented Haryana in the championship.

Apart from the medal winners, several other wrestlers also did not give their samples.

"It was most unfortunate that the medal winner wrestlers also avoided to give samples and immediately rushed from the competition venue. After having discussion with President, WFI, it has been decided to withdraw the medals and certificates of the winning wrestlers," a WFI release said.

"The case of these wrestlers will be forwarded to the Disciplinary Committee of WFI for necessary enquiry. After completion of the enquiry the WFI will take a final decision," the release added.

Comments
Topics mentioned in this article
Wrestling Other Sports
Get the latest updates on India vs South Africa and check out  Schedule, Results and Live Score. Like us on Facebook or follow us on Twitter for more sports updates. You can also download the NDTV Cricket app for Android or iOS.