Rahul Gandhi says sportspersons, not politicians should be at helm of sports bodies

Congress vice-president Rahul Gandhi on Friday threw his weight behind keeping politicians out of sports bodies in India and said sportspersons themselves should be at the helm of affairs. 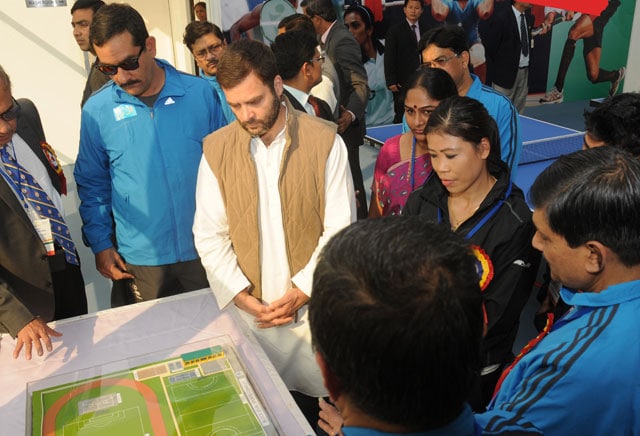 "When you are talking about sports and how to make it accessible, then more and more powers should go the sports people when deciding things about sports in the country," Gandhi said at the launch of 'National Youth Policy 2014' and 'Rajiv Gandhi Khel Abhiyan' here.

"I think that's the crux of it. Keep the politicians out of sports if you want to put it directly."

Rahul said it is similar to empowering the common man to help change politics in the country.

The two programmes were also simultaneously launched at district headquarters and in universities throughout the country.

Reacting to Gandhi's comments, Singh said the politicians should have a limited role to play in the functioning of the sports federations.

"As far as sports politicians are concerned, we know how to fight the elections. But to run sports federations and to train sportspersons, we cannot do it. That can only be done by a professional. But for sports promotion, a politician is a very important figure. So, it is necessary that there should be a limited role of the politician for sports promotion," the minister said.

Replying to a question on whether the sports ministry would come up with any guidelines to limit the role of politicians getting into the sports administration, Singh said the National Sports Development Bill makes it mandatory to have certain numbers of sportspersons as office-bearers.

"We have a sports development bill. We have invited suggestions from everybody. The biggest highlight of this bill is that there is a certain reserved place for the post of office bearers which makes it mandatory to have sportspersons in the committee. If there is a 20-member committee, 8-10 people in that committee should mandatorily be sportspersons," he said.