Oscar Pistorius, the first double amputee to run in Olympics, has been sentenced to six years imprisonment for murdering his girlfriend Reeva Steenkamp 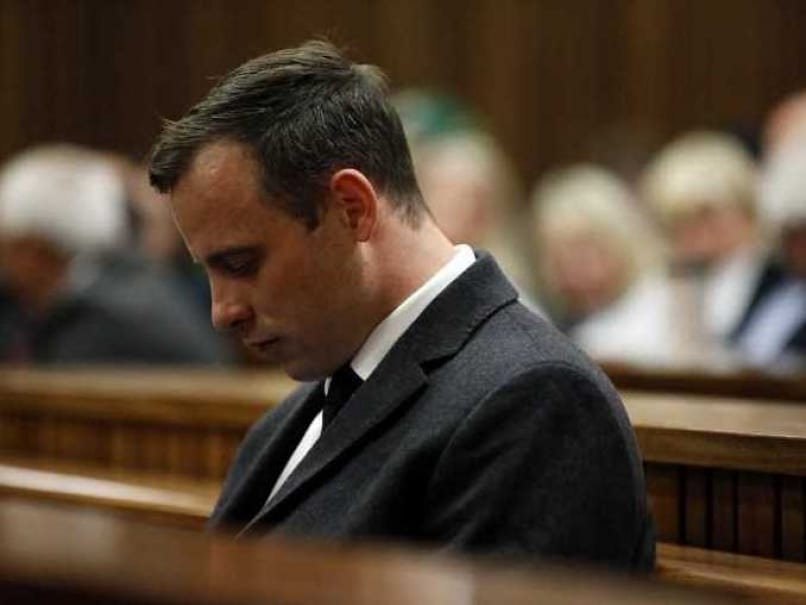 At the 2012 London Olympics, before 80,000 roaring fans and a constellation of camera flashes, it took Oscar Pistorius 45.44 seconds to become a global icon.

His sprint around the 400m track was the first time in history that a double-amputee had raced at the Olympic Games.

The race capped an Olympian triumph over adversity for Pistorius. His journey from disabled child to world-class athlete seemed to embody the very best of sporting endeavour and the human spirit.

Then on Valentine's Day in 2013 his achievements were just as quickly demolished.

In the early hours of the morning at his upmarket Pretoria home, he shot and killed his 29-year-old girlfriend Reeva Steenkamp, later saying he believed her to be an intruder.

At his trial in 2014, he sat for months in a windowless courtroom, and watched as his world was washed away.

His sparkling career was cut short, sponsors dumped him and he was forced to sell his homes amid mounting legal bills.

His conviction for manslaughter put him in jail for a year but his crime was then upgraded to murder on appeal and on Wednesday he received a six-year sentence.

The athlete had sobbed, shaken and vomited in the dock as details of his lover's brutal death were examined in excruciating detail during his trial while the eyes of the world were transfixed.

The "Blade Runner" -- an epithet earned for his trademark prosthetic legs that powered him to fame as a Paralympic gold medallist -- became the "Blade Gunner."

"He's not only broke, but he is broken, there is nothing left," lawyer Barry Roux told his sentencing hearing last month.

Time and again during his trial, the court was told about "two Oscars" -- one a hero, the other a victim.

But the high-profile proceedings also exposed the 29-year-old's darker side: offering glimpses of a dangerously volatile man with a penchant for guns, beautiful women and fast cars.

In 2009, he spent a night in jail after allegedly assaulting a 19-year-old woman at a party in a case that was settled out of court.

Two years later, he was accused of firing a gun through the sunroof of an ex-girlfriend's moving car, although a court found there was not enough evidence to convict him on that charge.

Weeks before he shot Steenkamp, he discharged a gun by accident at a Johannesburg restaurant.

"Oscar is certainly not what people think he is," ex-lover and trial witness Samantha Taylor has said. 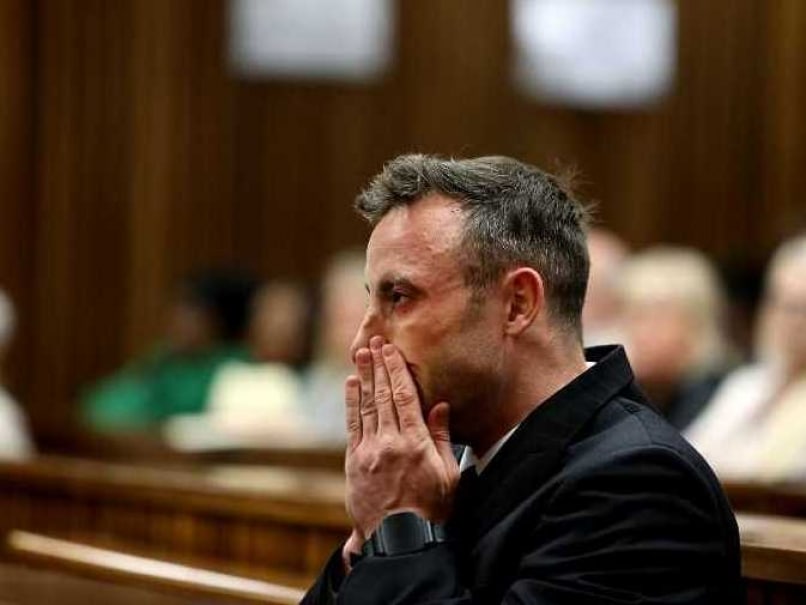 The "Blade Runner" -- an epithet earned for his trademark prosthetic legs that powered Oscar Pistorius to fame as a Paralympic gold medallist -- became the "Blade Gunner."

Pistorius has long been open about his love for guns. The sprinter slept with a pistol under his bed at his home in a high-security estate for fear of burglars.

Once held in Amsterdam after gunpowder residue was detected on his prosthetics, he also took a New York Times journalist interviewing him to a shooting range.

The writer described him driving at 250 kilometres (155 miles) an hour, double the speed limit, and referred to Pistorius as having "a fierce, even frenzied need to take on the world at maximum speed and with minimum caution".

His passion for motorbikes, adrenaline and speed is well documented. "He likes fast cars. He is just built for speed," his trainer Jannie Brooks told AFP.

He also crashed his boat on a river, breaking two ribs, an eye socket and his jaw. Empty alcohol bottles were found in the boat.

He once owned two white tigers but sold them to a zoo in Canada when they became too big.

'Put your legs on'

Born in 1986 in Johannesburg without fibulas (calf bones), his parents decided when he was 11 months old to have his legs amputated below the knee so he could be fitted with prosthetic legs.

This allowed him to play sports with talent and enthusiasm while growing up. He excelled in many, concentrating on running only after fracturing a knee playing rugby.

"It was never made an issue. My mother would say to my brother, 'You put on your shoes, and Oscar, you put on your legs, then meet me at the car,'" Pistorius said in a 2011 interview.

A middle child whose parents divorced when he was six, he has a problematic relationship with his father Henke, but is close to his siblings who were at his side in court.

His mother died when he was 15 and the date of her death is tattooed on his arm.

In 2004, just eight months after taking to the track, he smashed the 200m world record at the Athens Paralympics.

Next up was the 2008 Beijing Paralympic Games where he took the 100m, 200m and 400m sprint titles and launched a battle to take part in able-bodied athletics, overcoming arguments that his custom-built carbon-fibre running blades gave him an unfair advantage.

In 2011 he made history by becoming the first amputee to run at the World Championships, where he took silver with South Africa's 4x400m sprint team.

"You're not disabled by your disabilities but abled by your abilities," he told Athlete magazine in an interview that year.

In 2012 he again made history by becoming the first double-amputee to compete at both the Olympics and Paralympics.

"He is the definition of global inspiration," Time magazine proclaimed in its 2012 list of the world's most influential people.

Less than a year later, Pistorius featured on the cover with the words "Man, Superman, Gunman".