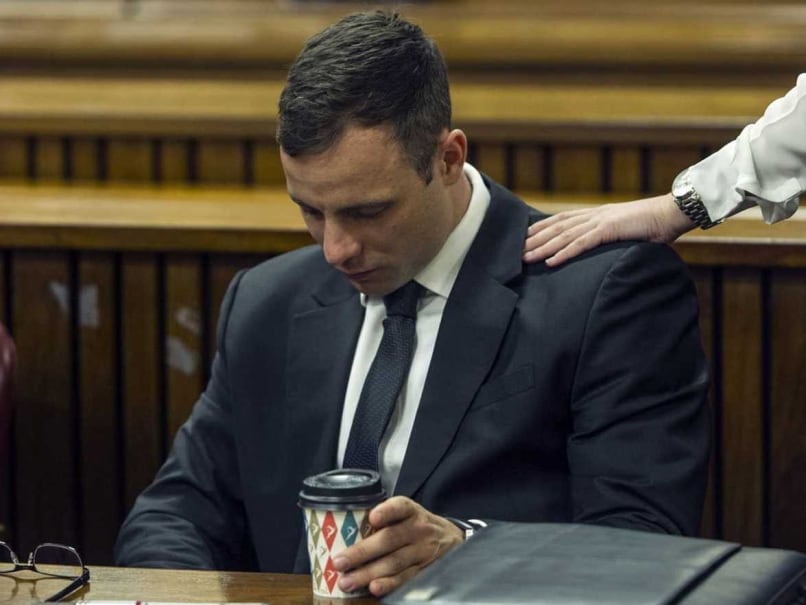 Oscar Pistorius has been sentenced to six years in prison for the murder of girlfriend Reeva Steenkamp.

The moment #OscarPistorius hears his 6-year murder sentence - and the court's reactionhttps://t.co/o5GqkpHpe7 https://t.co/KQ68JaQAi0

Pistorius stood and faced Judge Thokozile Masipa as she announced the sentence in a South African courtroom on Wednesday.

Pistorius was facing a possible 15-year jail term for shooting Steenkamp through a toilet cubicle door at his home in 2013, but Masipa said substantial and compelling circumstances existed in the double-amputee Olympic runner's case to give him a lesser sentence.

Steenkamp's parents, Barry and June, were present in the courtroom, which was packed with relatives of both Pistorius and Steenkamp and other observers.

In reading out the sentence, Judge Masipa said Pistorius was a "fallen hero."

The judge ordered a recess to give prosecutors and Pistorius' defense lawyers time to decide if either wanted to appeal the sentence.

Pistorius was freed from prison in the South African capital Pretoria last October after serving one year of a five-year term for culpable homicide -- the equivalent of manslaughter.

The double amputee Olympic runner, titled 'Blade Runner', has always believed Steenkamp would want him to devote his life to charity rather than return to prison.

Steenkamp's father, 73-year-old Barry broke down during his testimony at the sentencing hearing as he called for Pistorius to "pay for his crime" of murdering Reeva, a model and law graduate.

Pistorius, who pleaded not guilty at his trial in 2014, has always denied killing Steenkamp in a rage, saying he was trying to protect her.

The Supreme Court of Appeal had in December ruled that Pistorius was guilty of murder, irrespective of who was behind the door when he opened fire with a high-calibre pistol he kept under his bed.