Vishwaraj Jadeja is the only Indian ice-skater who trains in Utrecht, a place that can be called the Mecca of Ice Skating. He is already the Indian national record holder and on current form, not too far away from the Olympic qualification mark.

India is not a country that produces many Winter Olympians. This year at the Sochi Games, India was represented by just three participants. However, it is not easy with the kind of sports infrastructure in the country for too many winter athletes to excel. 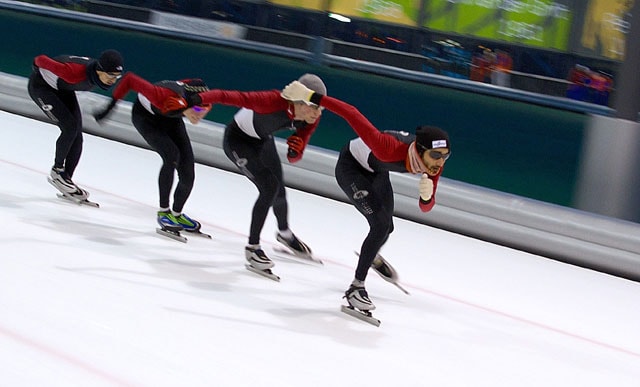 That's exactly what Vishwaraj Jadeja is trying to do. Vishwaraj is the only Indian ice-skater who trains in Utrecht, a place that can be called the Mecca of Ice Skating. Located in Netherlands, Utrecht has produced many Olympic Medalists.

Vishwaraj Jadeja moved to Netherlands three years ago to train as an ice skater. Interestingly, he had won numerous awards in roller skating but since the sport doesn't feature in the Olympics, Vishwaraj decided to make the switch.

India's five-time Winter Olympian Shiva Keshavan also talks highly of this talent from Gujrat. "He made this decision of choosing his career in sports over other things that families & kids of his age in India are pushed to do & it's really admirable that he has chosen his own path & he has realised that there are lot of difficulties in the way."

After just a three-year stint in Netherlands, the improvement in Vishwaraj is tremendous. He's already the Indian national record holder and on current form, not too far away from the Olympic qualification mark.

So can we expect to see him at the next Winter Olympics in 2018? His coach Wim Nieuwenhuizen feels that he has a definite chance, but needs to work very hard and would also require lot of support for that.

Vish, as his teammates fondly call him, trains with some members of the current Dutch team that won a total of 23 medals in speed skating at the Sochi Olympics but who know the 28-year-old could be soon competing against them at the international stage.