Fall of Berlin Wall and Hopes of Sports Superpower Status

German officials talked about staging a historic Olympics in East and West Berlin to celebrate the end of the Cold War. The rest of the world added the 102 medals which the GDR won at the 1988 Seoul Olympics to the 40 won by West Germany and announced the birth of a new sporting superpower to threaten Soviet and American supremacy. 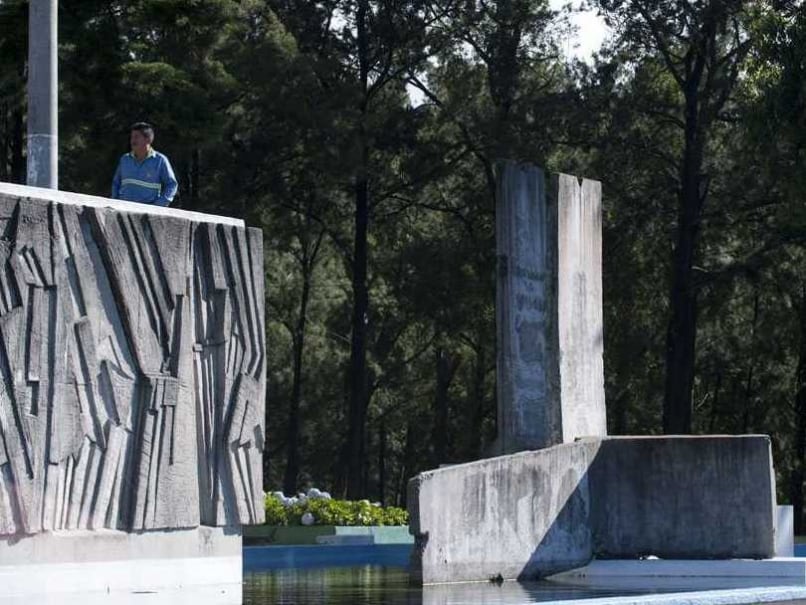 Representational photo: A man walks next to original pieces of the Berlin Wall at the Berlin Square in Guatemala City, on November 6, 2014. Germany commemorates next November 9, the 25th anniversary of the fall of the Berlin Wall, a potent symbol of the Cold War.© AFP
London:

Berliners had only just started taking pickaxes to the Berlin Wall in the days after its dramatic demise on November 9, 1989 when the world of sport began confidently predicting a golden future for a reunited Germany.

German officials talked about staging a historic Olympics in East and West Berlin to celebrate the end of the Cold War. The rest of the world added the 102 medals which the GDR won at the 1988 Seoul Olympics to the 40 won by West Germany and announced the birth of a new sporting superpower to threaten Soviet and American supremacy. (Also read: Forgotten ex-East German Athletes Ruined by Unwitting Doping)

When West Germany won the World Cup in Rome the following summer, just before official reunification in October 1990, coach Franz Beckenbauer said German football would be "unbeatable" with the talented East Germans Matthias Sammer, Ulf Kirsten and Thomas Dollteaming up with big stars like Juergen Klinsmann and Lothar Matthaeus.

But, 25 years on, only Beckenbauer's prediction has got anywhere close to reality, with the World Cup triumph in Brazil in July, and there is a strong argument that would have happened without the East.

There are no teams from the former GDR in the Bundesliga -- Dynamo Dresden and Lokomotive Leipzig have dropped to the lower divisions after being household names in the Communist days.

Berlin's bid for the 2000 Olympics, marred by controversy and protests from local groups, failed to inspire the International Olympic Committee, attracting just 9 out of 90 votes in 1993.

The Germans are currently deciding whether to bid again for 2024 with the capital.

The country is certainly no global sporting superpower now, either. After finishing third in the medals' table at the 1992 Barcelona and 1996 Atlanta Olympics, the impact of the massive state subsidizing of GDR sport petered out, and a gradual decline began: Fifth at Sydney 2000, sixth atAthens 2004, fifth at Beijing 2008 and sixth at London 2012.

At the Winter Olympics, where the Germans have traditionally been strong and topped the medals' table atÂ  the 1992, 1998, and 2006 Games, the country crashed down to sixth place at the Sochi Olympics in February, their worst performance since reunification.

So, even with the legacy of a network of GDR specialized sports schools and sports science centres plus the support of western blue chip companies, why has the reunited Germany failed to make massive waves in global sport?

Ferdinand Koesters, who was heavily involved in sports policy in the West German governmentwhen the Wall fell, says sport did not form a big enough part of the reunification contracts and plans, drawn up in the months after the Wall fell.

"East Germany had been very successful in sport and we should have kept some of the training structures in place to stay at that level," he said. "The GDR had everything together in one place -- sport cities. We should have kept that. That was a missed opportunity."

The reunited Germany could not afford to keep all of the sports schools open and certainly did not have the budget to keep the 10,000 Government Sports officials in place, 4,500 of whom were coaches.

Only 600 coaches kept their jobs with scores taking their expertise abroad, including the rowing coach Juergen Grobler who came to Britain.

Part of the reluctance to keep all of the sports schools and facilities in place was linked to the GDR's systematic drug-taking programme which fuelled some of its success. In the months after the Wall fell there was certainly a strong desire to admit to past sins and turn a new page in GDR sport.

In early 1990, I was astonished how leading East German scientists were so open with me about the doping system, after decades of keeping silent.

Professor Lothar Pickenhain, the co-founder of the renowned Leipzig Medical Centre, recently said looking back it had been pretty obvious some of the women were on steroids, by the size of their bodies. He said how much of it had taken place during training, not before big events.

The East Germans often concentrated on less glamorous sports where competitors in the West often find it hard to get financial support - such as bobsleigh, speedskating and athletics field events. Professional GDR competitors, with special training centres, guaranteed income and the backing of expertise sports science, could win medals much more easily.

Now all German competitors have to live in the same financial world as most of their rivals. China, which also has specialized sports schools and a talent-seeking system, has replaced the GDR as the new superpower.

At the last Cold War Games in Seoul, the Chinese finished 11th in the medals' table. In London2012 China was second behind the Americans, and ahead of Team GB and Russia.

Football's dominance also plays a role. Given the choice, a talented German youngster is more likely to turn to a career in the Bundesliga than try to survive in athletics or a Winter Olympic sport. For that reason, Germany's major success in the next 25 years is more likely to take place on a football pitch than anywhere else.