Tokyo Olympics: Ravi Dahiya won the silver medal in the men's Freestyle 57kg and was hailed as a "remarkable wrestler" by Prime Minister Narendra Modi. 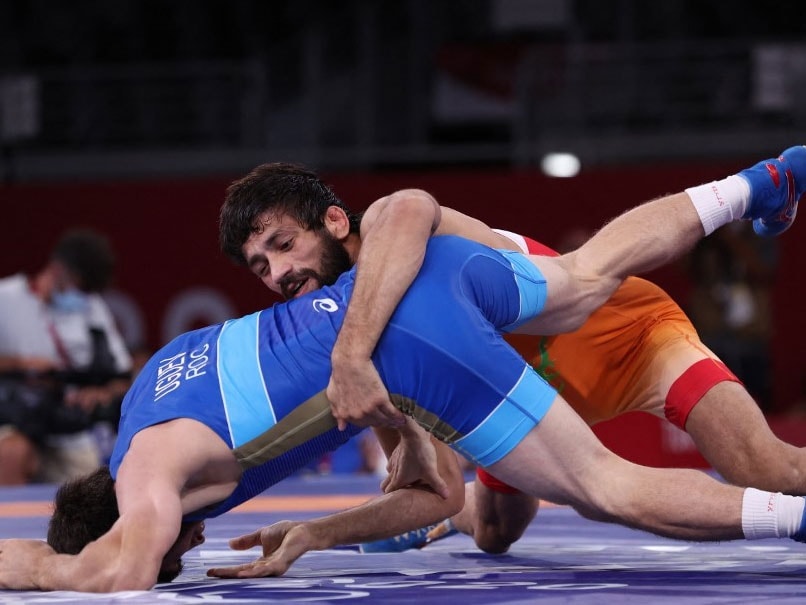 Indian wrestler Ravi Dahiya on Thursday won the country's second silver medal at the Tokyo Olympics after going down 4-7 to ROC's Zavur Uguev in the men's Freestyle 57kg final. It was India's fifth medal at the Tokyo Games. It was also India's sixth Olympic medal in wrestling and second silver - after Sushil Kumar in 2012. Despite losing the final, social media erupted in praise for the 23-year-old from Haryana. Prime Minister Narendra Modi hailed him as a "remarkable wrestler" and congratulated him for his silver medal.

"Ravi Kumar Dahiya is a remarkable wrestler! His fighting spirit and tenacity are outstanding," PM Modi tweeted. "Congratulations to him for winning the Silver Medal at #Tokyo2020. India takes great pride in his accomplishments."

Ravi Kumar Dahiya is a remarkable wrestler! His fighting spirit and tenacity are outstanding. Congratulations to him for winning the Silver Medal at #Tokyo2020. India takes great pride in his accomplishments.

"Ravi Kumar Dahiya, you are Indian hero! You have made India proud by winning Olympic Silver medal," former Sports Minister Kiren Rijiju - who is now the Law Minister - tweeted.

India is proud of Ravi Dahiya for winning the wrestling Silver at #Tokyo2020. You came back into bouts from very difficult situations and won them. Like a true champion, you demonstrated your inner strength too. Congratulations for the exemplary wins & bringing glory to India.

Great going, Ravi Dahiya! Congratulations on wrestling your way to the #Silver .#Olympics

Ravi Kumar Dahiya, you are Indian hero! You have made India proud by winning Olympic Silver medal !!
Hearty Congratulations on the great performance at the #Tokyo2020 Olympics #Cheer4India pic.twitter.com/OuthaKWzRI

Here are some other reactions

What an outstanding performance #Ravi_Kumar_Dahiya
You have made all of us very happy and proud!!!!
Expecting more and more from you!!
Congratulations!!!!!!

Heartiest Congratulations to wrestler Ravi Kumar Dahiya on winning the silver medal for India at #Tokyo2020. India is proud of You.

Ravi Kumar Dahiya shines with a in #Tokyo2020

A wonderful moment for #TeamIndia as we get our #Wrestling Silver medal. Congratulations Ravi Kumar, you have overcome daunting challenges and made every Indian proud. Keep on shining. pic.twitter.com/uEqFZgrmZF

it is for Ravi Kumar Dahiya

A campaign to be proud of, you fought like a at #Tokyo2020 #Wrestling #RaviKumarDahiya pic.twitter.com/S0rtGctZp1

Dahiya had pulled off a stunning comeback in his semifinal bout to reach the final. However, Uguev - a two-time world champion - was the favourite coming into the final.

Dahiya was trailing 2-4 after first period in the gold medal bout. Uguev then increased his lead to 7-2 but the Indian wrestler didn't give in and came roaring back to win two points and reduce the deficit to three points. Dahiya then went for the kill, looking to score more points but his Russian opponent's defence held firm.