"Wanted An Escape From My Life": Rani Rampal's Journey To The Top

Tokyo 2020: The Indian women's hockey team reached the semi-finals of the Olympics for the first time, and at the helm was captain Rani Rampal. 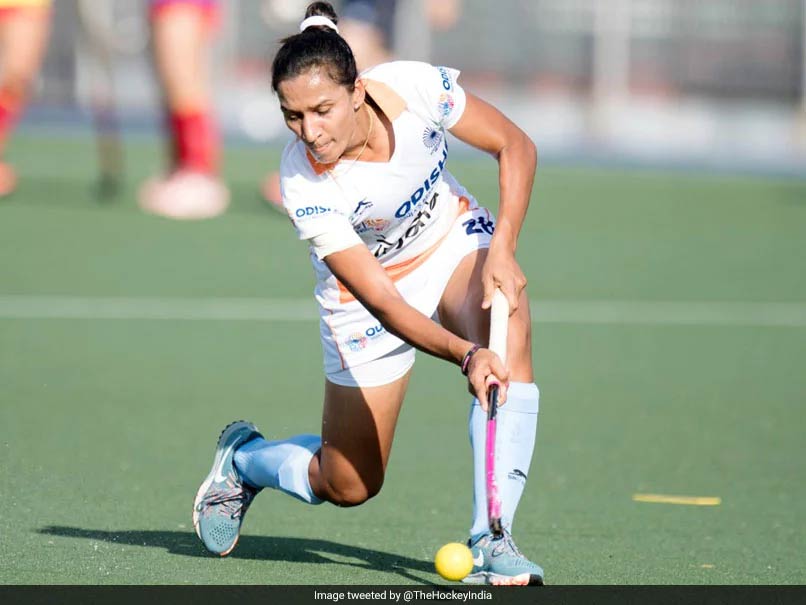 Rani Rampal will be leading India's charge towards a first-ever medal in women's hockey at the Olympics.© Twitter

Indian women's hockey team made history on Monday, reaching the semi-finals for the first time at the Olympics. India stunned World No.2 Australia 1-0 in the quarterfinals at the Tokyo Games to march into the last four stage where they will face Argentina. At the helm of the team's historic performance was Rani Rampal, India's talismanic leader. The Indian superstar has a whole list of firsts to her name. From being the youngest player in the national team for 2010 World Cup at the age of 15 to becoming the first-ever hockey player worldwide to win the prestigious 'World Games Athlete of the Year' award, Rani Rampal has done it all. And now she will be leading India's charge towards a first-ever medal in women's hockey at the Olympics.

From "barely having 2 meals" a day to making history in Tokyo, it has been quite a journey for India's hockey queen.

Rani Rampal shared her inspiring story with 'Humans of Bombay' Instagram page and detailed the hardships she faced.

"I wanted an escape from my life; from the electricity shortages to the mosquitoes buzzing in our ear, from barely having 2 meals to seeing our home getting flooded. There was only so much my parents could do - Papa was a cart puller and Maa was a maid," said Rani Rampal.

With her father unable afford a new hockey stick, Rani Rampal said she began practicing with a broken one, and finally convinced the coach to provide her training.

"There was a hockey academy nearby, so I'd spend hours watching the players - I really wanted to play. Papa would earn Rs.80 a day and couldn't afford to buy me a stick. Everyday, I'd ask the coach to teach me. He'd reject me saying, 'You aren't strong enough to pull through a practice session.'

"So, I began practicing with a broken hockey stick-I used to run around in a salwar kameez. But I was determined; maine bahut mushkil se convince kiya coach ko!"

Then there were other roadblocks. Her parents didn't want her to wear a skirt and play. After pleading with them, her family finally gave in.

"My family said, 'Hum tumhe skirt pehen kar khelne nahi denge.' I'd plead, 'Please mujhe jaane do. If I fail, I'll do whatever you want.' My family gave in. Training would start early; we didn't have a clock, so mom would look at the sky to check if it was time to wake me.

"At the academy, it was mandatory for each player to bring 500 ml of milk. My family could only afford milk worth 200 ml; so I'd mix the milk with water & drink it. My coach supported me; he'd buy me hockey kits & shoes. He even took care of my dietary needs. I wouldn't miss a single day of practice," said Rani Rampal.

"And then in 2017, I fulfilled the promise I made to my family & bought a home. We cried and held each other tightly. And I'm not done yet; this year, I'm determined to repay them and coach with something they've always dreamed of - a gold medal from Tokyo."

Rani's dream is within her grasp. India are a win away from securing a medal. The first hurdle will be overcoming an Argentine side that disposed of Germany without much fuss. Win that match and the gold will be within touching distance.

Comments
Topics mentioned in this article
Olympics 2020 India India Women Rani Rampal Olympics
Get the latest updates on IPL 2021, check out the IPL 2021 Schedule and Indian Premier League Live Score . Like us on Facebook or follow us on Twitter for more sports updates. You can also download the NDTV Cricket app for Android or iOS.