Tokyo Olympics: India men's hockey captain Manpreet Singh said that the defeat against Australia was the wake-up call for the Indian team. 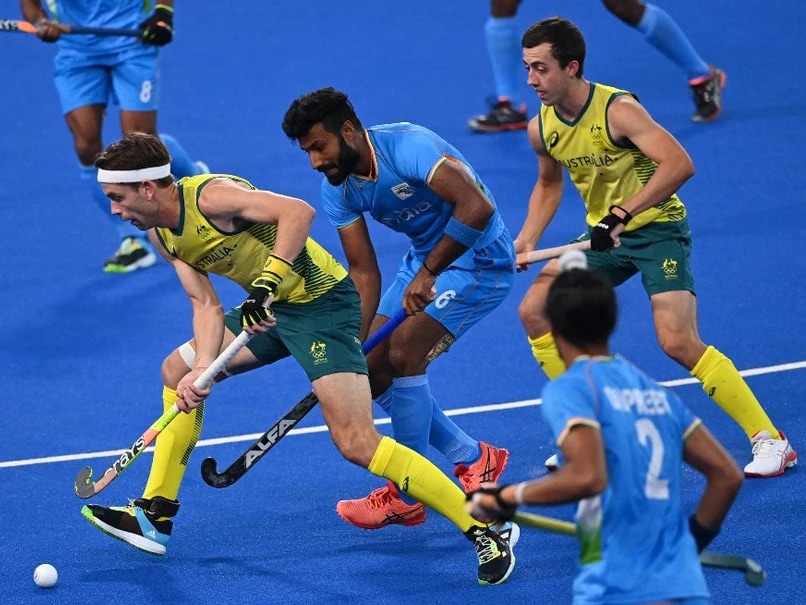 India men's hockey captain Manpreet Singh has stated that the defeat against Australia was a wake-up call for the team at the ongoing Tokyo 2020 Olympics and they are now focusing on one match at a time. On Thursday, the India men's hockey team defeated defending Olympic Champions Argentina 3-1 in their fourth group A game here at Oi Hockey Stadium -- North Pitch. With this win, the team has qualified for the quarterfinals in the Olympics.

"Tournament is not over. We have a match against Japan tomorrow and there is so much left. We will not be thinking about how we defeated defending Olympic champions tomorrow. We all played well and dominated the first three quarters but still, we missed our chances. Our defence did good and we will carry this further in the tournament and will focus on tomorrow's match," Manpreet told reporters after the match.

"We created a lot of opportunities and we will work on our last pass. In the quarter-finals and match against japan will be difficult because they will be a good team and they will not give us easy chances."

Talking about receiving that brutal thrashing of 7-1 from Australia in the pool game, Manpreet pointed, "That was a wake-up call for us. We were very disappointed and we focused on our next matches."

"Obviously there is heat but somehow we have an upper hand because there also we were training in the afternoon and here too our matches are scheduled before noon. That's why we have an advantage. But for everyone the weather is same."

India will now face hosts Japan in their last Group A game at Oi Hockey Stadium on Thursday at 3:00 pm IST.

Comments
Topics mentioned in this article
Manpreet Singh India India Olympics 2020 Hockey
Get the latest updates on IPL 2021, check out the IPL 2021 Schedule and Indian Premier League Live Score . Like us on Facebook or follow us on Twitter for more sports updates. You can also download the NDTV Cricket app for Android or iOS.