Tokyo Games: Harmanpreet Singh and PR Sreejesh were in top form as India defeated New Zealand 3-2 in their Olympics opener. 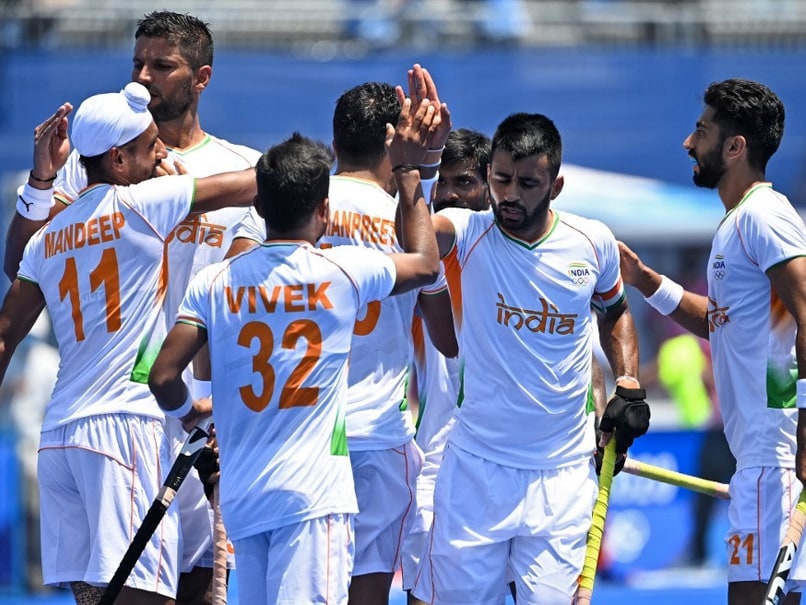 Harmanpreet Singh scored a brace and veteran goalkeeper P R Sreejesh stood like a wall in the closing minutes as the Indian men's hockey team overcame a late surge from New Zealand to eke out a close 3-2 win in its opening Olympic Games match, on Saturday. Harmanpreet (26th and 33rd minutes) scored a double for India, while Rupinder Pal Singh (10th) was the other goal-getter for the eight-time former champions, currently ranked fourth in the world, in the Pool A match at the Oi Hockey Stadium.

For the eighth-ranked New Zealand, Kane Russell scored from a penalty corner in the sixth minute before Stephen Jenness (43rd minute) reduced the margin of defeat later in the match.

India will next play mighty Australia on Sunday. The Indians were shocked in the sixth minute when Russell found the top right corner of the Indian goal past Sreejesh with a fierce flick. Even though he didn't score, striker Mandeep Singh was a live-wire for India upfront and earned a penalty corner for his side, which resulted in a penalty stroke from which Rupinder drew parity in the 10th minute.

New Zealand were not to be left behind as they gave the Indian defence a run for its money securing four consecutive penalty corners but wasted all. From a counter-attack, Gurjant came close to handing India the lead but his effort was saved by New Zealand goalkeeper Leon Hayward.

Four minutes into the second quarter, Hayward again came to the scene when he kept away India skipper Manpreet Singh's lob from a one-on-one situation. But six minutes later, Harmanpreet gave India a 2-1 lead at the half-time.

Three minutes after the change of ends, Harmanpreet was again in the thick of things when he converted his second penalty corner of the day with a precision strike. India secured another penalty corner minutes later but this time Harmanpreet's effort was saved by the Kiwi defence.

But the match came to life when Jenness scored with a lovely finish past Sreejesh in the near post in the 43rd minute. Three minutes from full time, Lalit Upadhayay's strike from top of the circle was blocked brilliantly by Hayward to keep New Zealand in the hunt.

It was all New Zealand in the final few minutes of the game as they pressed hard for the equaliser and in the process earned three penalty corners in quick succession but Sreejesh came to India's rescue making some brilliant saves to keep the opponents at bay.

With 24 seconds to go, New Zealand secured another penalty corner but once again the experienced Sreejesh came to India's rescue and helped his side secure full points from the game.

Comments
Topics mentioned in this article
India New Zealand Hockey Olympics 2020 Olympics
Get the latest updates on IPL 2021, check out the IPL 2021 Schedule and Indian Premier League Live Score . Like us on Facebook or follow us on Twitter for more sports updates. You can also download the NDTV Cricket app for Android or iOS.