In the euphoria surrounding Dipa Karmakar, Sakshi Malik and PV Sindhu, have we forgotten about another athlete who defied the odds to become an Olympian, just because he didn't win a medal or finish in the top 5? 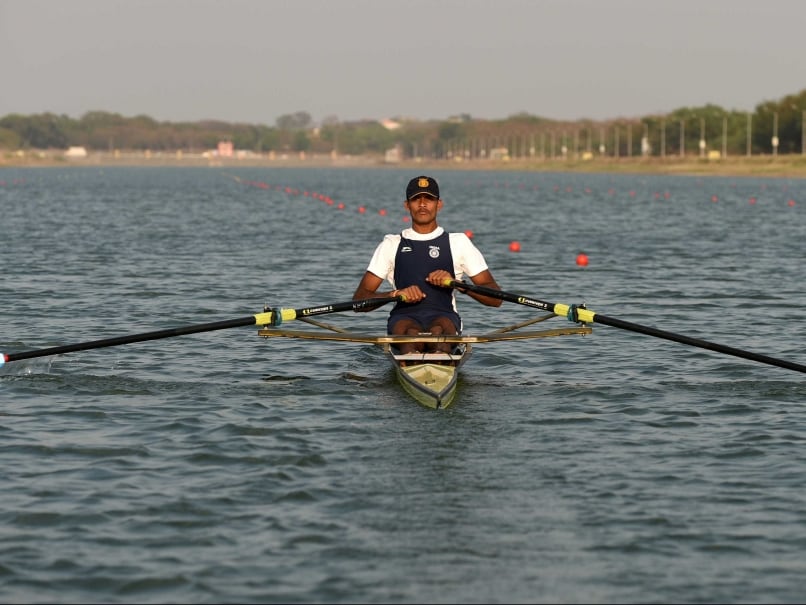 One look at Dattu Bhokanal can convince you that he is cut out to be an athlete. Standing 6 feet 3 inches tall, the muscular 25 -year-old was the only Indian rower at the Rio Olympics. But that is not what sets Dattu apart. Just like any other champion athlete, it's his grit, determination and focus that makes him special.

Even before Dattu made the cut for the Rio Games, his world was rocked. His mother met with an accident and her health kept steadily deteriorating. But Dattu shut that out, for he had a job to do. He won a silver medal at the qualification event in South Korea to qualify for the Olympics, the biggest stage of them all.

He might be very young, but Dattu is no stranger to unusual stress. His father died of cancer in 2011 and he had to suddenly support his whole family. He joined the Army the next year, because that meant a steady pay. It also meant that Dattu found his passion. Maybe when he's out on the water, rowing, alone in his boat, Dattu for some time can escape reality and pain.

It's ironic that Dattu ended up as a rower. After all, he comes from a drought hit village in Maharashtra. Dattu in fact told NDTV, "We never had a lot of water in our village. I found out about this sport called Rowing after joining the Army. That's when I found out about water sports." Just in case the enormity of what Dattu has already accomplished isn't clear yet, he qualified for the Olympics in April 2016. That's approximately just over three years after he first found out about this sport called Rowing. A school teacher in Dattu's village put it all into perspective, when he said, "Some people spend their whole lives trying to qualify for the Olympics, but they don't manage to do it."

To top it all, Dattu had always been scared of water. But that has changed now. Dattu told NDTV, "Now I am not scared of water any more. Earlier when I used to even pass a canal I felt scared. Now I can row freely without any fear of water."

In what was his maiden Olympic outing, he won the final ranking race to finish 13th. That's 13th out of a total of 32 rowers in his event. He missed a semi-final place by 6 seconds. Not a bad effort at all, is it? Especially, when you consider the fact that most of the other rowers are way more experienced. Chances are Dattu will make his presence felt again when the 2020 Tokyo Olympics are around the corner.

Back in his village in Nashik district, Dattu is a hero and an inspiration. But then that's probably because they truly understand how remarkable his journey from Talegaon village to Rio de Janeiro truly is. What about the rest of us? While we celebrate the likes of Dipa, Sakshi and Sindhu, will we remember Dattu's effort too? Let's hope so. Let's not forget Dattu Bhokanal.

Comments
Topics mentioned in this article
Olympics 2016 Olympics
Get the latest updates on India vs England Series, India vs England , live score and IPL 2021 Auction . Like us on Facebook or follow us on Twitter for more sports updates. You can also download the NDTV Cricket app for Android or iOS.