"We Miss Him A Lot": Yuzvendra Chahal Gets Emotional, Reveals Seat On Bus Still Reserved For MS Dhoni

MS Dhoni has been out of action from the Indian team since the 2019 World Cup in England but his presence in the fringes continues. 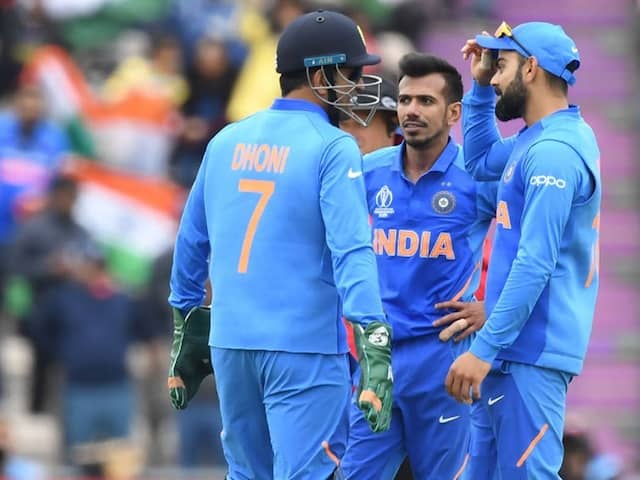 Yuzvendra Chahal got a bit emotional while speaking about Dhoni on 'Chahal TV'.© AFP

The mystery surrounding MS Dhoni's retirement continues to play on the minds of fans all over the world. Having not played in an international match since India's exit from the 2019 World Cup in England and Wales, fans have been left in the lurch regarding the former India captain's future. In November, MS Dhoni had said that no one should question him on his retirement at least till January but with the month almost over, there have been no updates yet. With still no clarity in sight, most Indian players have generally been silent on the issue. But on Monday, Yuzvendra Chahal got a bit emotional while speaking about Dhoni on 'Chahal TV' as the Indian team made their way to Hamilton from Auckland.

The leg-spinner's 'Chahal TV' has become somewhat of a constant for the Indian team and whether he's in the playing XI or not Chahal manages to get his teammates smiling with his humour.

On Monday, 'Chahal TV' started like it usually does, the leg-spinner have a light-hearted chat with a teammate -- this time Jasprit Bumrah. The leg-spinner then shifts his focus to Rishabh Pant and Mohammed Shami before moving onto KL Rahul and then Kuldeep Yadav.

MUST WATCH: We get you Chahal TV from the Bus!
This one is en route from Auckland to Hamilton - by @RajalArora @yuzi_chahal #TeamIndia

However, at the end of the video, Chahal is seen sitting next to a vacant seat, right at the back of the bus.

"There is one person who has never come on Chahal TV. He wanted to come, he was desperate but I said 'no bhaiya, not right now," Chahal said with a beaming smile.

But right after saying that the leg-spinner got a little emotional and revealed that the seat belonged to MS Dhoni and is still reserved for him.

"This seat is where the legend Mahi bhai use to sit. No one else sits here still and we miss him a lot," Chahal signed off.

On January 16, Dhoni was omitted from the BCCI list of central contracts. However, on the same day, the 38-year-old trained with the Jharkhand Ranji team.

Rishabh Pant New Zealand vs India, 2020 Cricket
Get the latest updates on IPL 2020, check out the IPL Schedule for 2020 and Indian Premier League (IPL) Cricket live score . Like us on Facebook or follow us on Twitter for more sports updates. You can also download the NDTV Cricket app for Android or iOS.