New Zealand have moved to the third spot in the ICC World Test Championship, behind India and Australia. 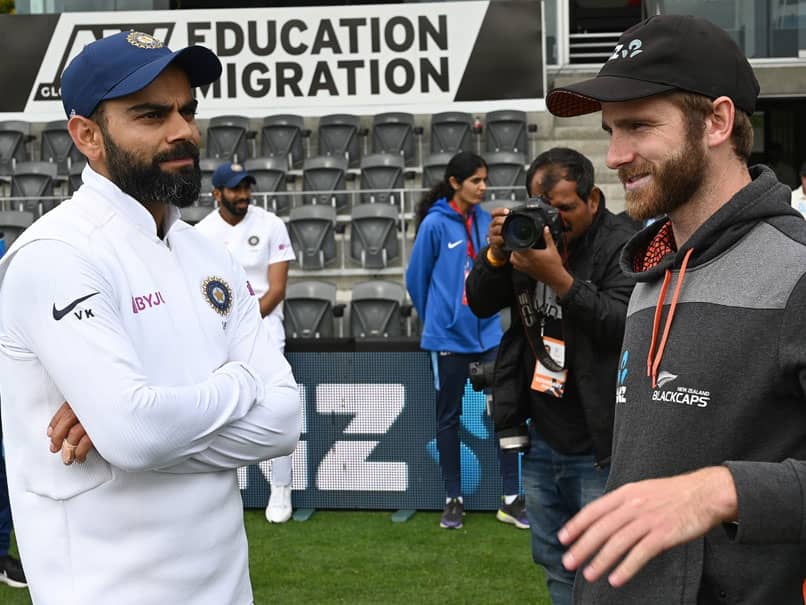 Kane Williamson praised Kyle Jamieson who performed with bat and ball in both the Tests.© AFP

New Zealand captain Kane Williamson on Monday said that it was quite satisfying for his team to leave behind their debacle in Australia and defeat a "quality" side like India in the two-match Test series. New Zealand, after winning the first Test by 10 wickets in Wellington, registered another comprehensive seven-wicket victory over India within three days at the Hagley Oval. "It's an outstanding feeling. The surfaces in both the Tests were quite sporting. Bowlers had to put it in the right areas, but this pitch played well on all the days, even though history suggests it flattens out after doing a bit initially," said Williamson at the post-match presentation ceremony.

"A fantastic series from outside and the way the guys stuck in. India are a world-class side and to beat them is quite satisfying," he added.

The Black Caps skipper reserved rich praise for Kyle Jamieson who performed with bat and ball in both the Tests.

Jamieson picked nine wickets in the two Tests and also contributed with valuable 93 runs in the two innings he played in the series.

"Jamieson's a very exciting talent, and contributed incredibly well with both bat and ball in both games. He's tall and gets bounce which is very helpful in these conditions," said Williamson.

"The runs he scored in the backend of both games were very valuable. Great progress for him," he added.

New Zealand had come into the series after suffering a 3-0 whitewash in Australia. They then conceded a 5-0 clean sweep in the T20Is against India and were on the backfoot.

However, they came back strongly and registered wins in the three ODIs and two Test matches.

"A few heavy learning curves, a few good bits in this summer, but these are all part of it. You're always trying to improve and the two games here have been opportunities to learn too," said Williamson.

New Zealand have moved to the third spot in the ICC World Test Championship, behind India and Australia.

They will now travel to Australia to play a three-match ODI series and three T20Is.

Hagley Oval, Christchurch New Zealand vs India, 2020 Cricket New Zealand vs India, 2nd Test
Get the latest updates on IPL 2020, check out the IPL Schedule for 2020 and Indian Premier League (IPL) Cricket live score . Like us on Facebook or follow us on Twitter for more sports updates. You can also download the NDTV Cricket app for Android or iOS.