China heaped further pressure on NBA after a tweet by a Houston Rockets executive backing protests in Hong Kong. 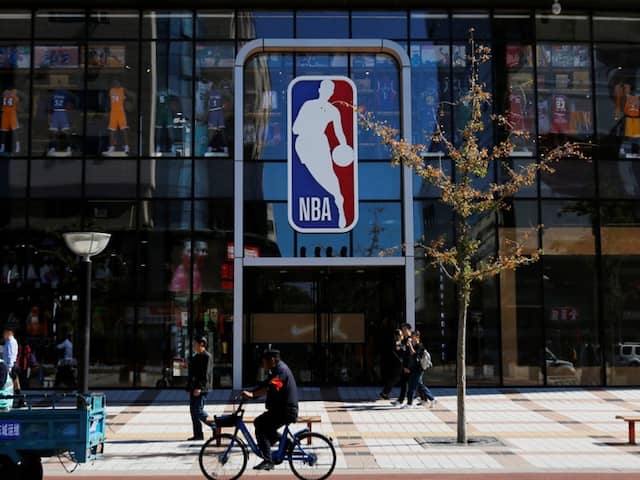 Chinese state television said on Tuesday it wouldn't air NBA exhibition games played in the country this week, heaping further pressure on the US basketball league after a tweet by a Houston Rockets executive backing protests in Hong Kong. Houston Rockets general manager Daryl Morey apologised on Monday for any hurt caused by the tweet, which he quickly deleted over the weekend. Beijing, Chinese fans and the team's partners in a key NBA market have not been assuaged, however, resulting in loss of sponsors and broadcasts in the world's second-largest economy.

"We strongly oppose Silver's support of Morey on the basis of freedom of speech and we think any comments that challenge a country's sovereignty and social stability is not within the scope of freedom of speech," CCTV said Tuesday in a statement in Chinese, adding that it would review its relationship with the NBA.

The league's regular season, to which CCTV owns exclusive Chinese broadcast rights, begins this month. Tech giant Tencent Holdings <0700.HK> has exclusive internet streaming rights in China, which local media reports have said are worth about $1.58 billion; it has said it would temporarily stop showing Rockets games.

The decision heaps further pressure on the league, which faces criticism on multiple fronts about its handling of the controversy. Its apology on Sunday disappointed some who see the league as the most progressive of the U.S. sports organizations, while Silver's support for Morey's right to speak his mind has left the league vulnerable in China.

The league has worked for years to cultivate the Chinese market and regularly plays exhibition games in the country. Its top stars, including Rockets guard James Harden, frequently visit to meet fans and conduct promotional activities with sponsors.

Tencent said in July that 490 million Chinese fans watched NBA programming on its platforms last season, up threefold since the 2014-2015 season.

Silver told Kyodo in an interview the league's stance was firm that members of the NBA community were free to express themselves and that the league backed their right to do so.

"There are the values that have been part of this league from its earliest days, and that includes free expression," Silver, in Japan for a preseason game on Tuesday between the Rockets and the Toronto Raptors, told Kyodo.

"I think as a values-based organisation that I want to make it clear ... that Daryl Morey is supported in terms of his ability to exercise his freedom of expression," he told the news agency. "I accept that it is also Chinese governments' and Chinese businesses' right to react to those words and, at least from my long-time experience in the NBA, it will take some time to heal some of these issues."

A preseason game between the Nets and the Los Angeles Lakers is set for Thursday in Shanghai, with a rematch scheduled for Saturday in Shenzhen. However, organisers abruptly canceled a Tuesday media event in the city without explanation.

Actor and singer Evan Li said in a statement posted on his Weibo account that he would boycott the event, saying "the motherland always stands above everything."

The NBA is believed to earn billions of yuan a year from its Chinese merchandise sales, and fans said the league needed to take action.

"If the NBA doesn't do anything about this matter, about Morey supporting Hong Kong independence, then should we think about how does the NBA view the Chinese market and Chinese fans?" said Zhang Jinru, a Beijing high school student.