MI vs SRH, IPL 2021: Rohit Sharma eclipsed MS Dhoni on the list during his 32-run knock against SunRisers Hyderabad on Saturday. 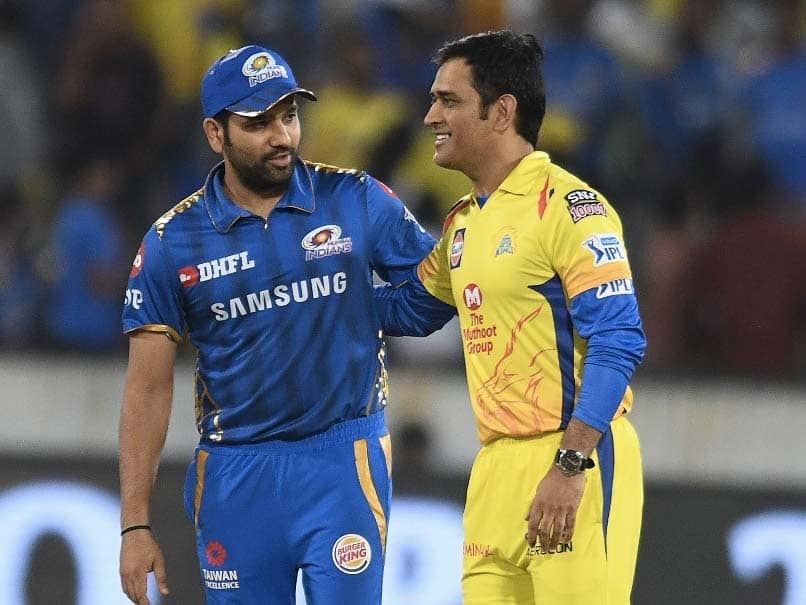 IPL 2021: Rohit Sharma surpassed MS Dhoni on the list of most number of sixes.© AFP

Mumbai Indians skipper Rohit Sharma on Saturday surpassed MS Dhoni on the list of most number of sixes in the Indian Premier League (IPL). Rohit cleared the ropes twice during his 32-run knock against the SunRisers Hyderabad (SRH), taking his sixes tally to 217 -- one more than Chennai Super Kings skipper MS Dhoni. While Rohit holds the third spot in the overall list behind Chris Gayle (351) and AB de Villers (237), he leads the chart when it comes to Indian players.

He is closely followed by Dhoni (216 sixes) and Royal Challengers Bangalore skipper Virat Kohli who has 201 maximums under his belt in the cash-rich league.

Rohit won the toss and decided to bat and gave his side a solid start, adding 55 runs for the opening wicket with Quinton de Kock. De Kock also played a  crucial knock of 40 runs to give Mumbai a top start.

However like match, Rohit got off to a decent start but couldn't convert it into a big score, departing for 32 off 25 balls.

SRH bowlers pulled things back in the middle overs, with Vijay Shankar and Mujeeb Ur Rahman picking two wickets each. Kieron Pollard's late cameo of 35 off just 22 balls, shifted the momentum in Mumbai's favour as they managed to post 150/5 off their 20 overs.

Pollard ended Mumbai Indians' innings by smashing Bhuvneshwar Kumar for two consecutive sixes on the last two balls. With this he became only the sixth player to hit sixes in the competition.