IPL 2021: Chris Gayle And His Teammates Gear Up For Upcoming Season With Thigh-Five Celebration. Watch

IPL 2021: The mood in the Punjab Kings camp seems to be a cheerful one, as suggested by the franchise's recent social media post, where Chris Gayle could be seen celebrating his return with a classic celebration. 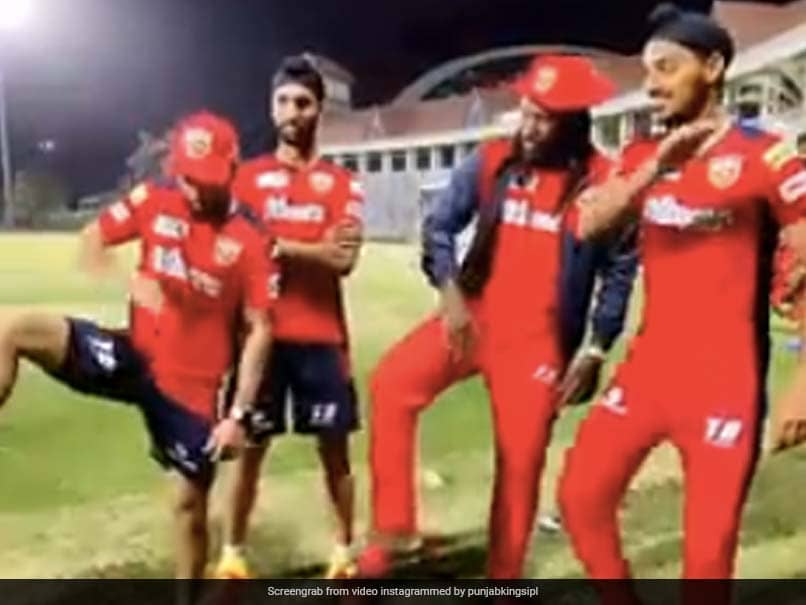 IPL 2021: Chris Gayle does the thigh-five celebration with his Punjab Kings teammates.© Instagram

Chris Gayle recently completed his mandatory quarantine and began training with his Punjab Kings teammates. Since joining the squad, the West Indies star has been leading his Indian Premier League (IPL) franchise's entertainment front and has been keeping the other cricketers in a jovial mood. During one such practice session, Gayle was seen having a good time with some of his teammates - Mandeep Singh, Arshdeep Singh and Harpreet Brar. The Punjab team shared a video on Instagram, where the four players can be seen doing Shikhar Dhawan's famous thigh-five celebration. In the video, Gayle even states in a merry mood, "Yeah, the Japps are back!"

IPL 2021 is set to begin from April 9, with defending champions Mumbai Indians (MI) taking on Royal Challengers Bangalore (RCB) in the season opener.

Punjab Kings will have their first fixture on April 12, when they face Rajasthan Royals (RR).

Having finished at sixth place in the league table, the KL Rahul-led outfit registered six wins and eight defeats during IPL 2020.

Despite an inconsistent collective effort, Punjab captain Rahul managed to win the Orange Cap last season, with 670 runs from 14 matches. He also slammed a ton, and five half-centuries.

During the IPL auction, Punjab made some big buys too, and could put in a fight in the playoff race. Australian bowler Jhye Richardson was roped in for Rs 14 crore, and Riley Meredith was bought for Rs 8 crore. The club also paid Rs 5.25 crore for Shahrukh Khan. Meanwhile, Moises Henriques, Dawid Malan and Fabian Allen were also added to the team.

Mandeep Singh IPL 2021 Cricket
Get the latest updates on IPL 2021, IPL Points Table , IPL Schedule 2021 , live score . Like us on Facebook or follow us on Twitter for more sports updates. You can also download the NDTV Cricket app for Android or iOS.