IPL 2021: Virat Kohli took to Twitter to share a selfie with AB de Villiers and Harshal Patel after a practice session. 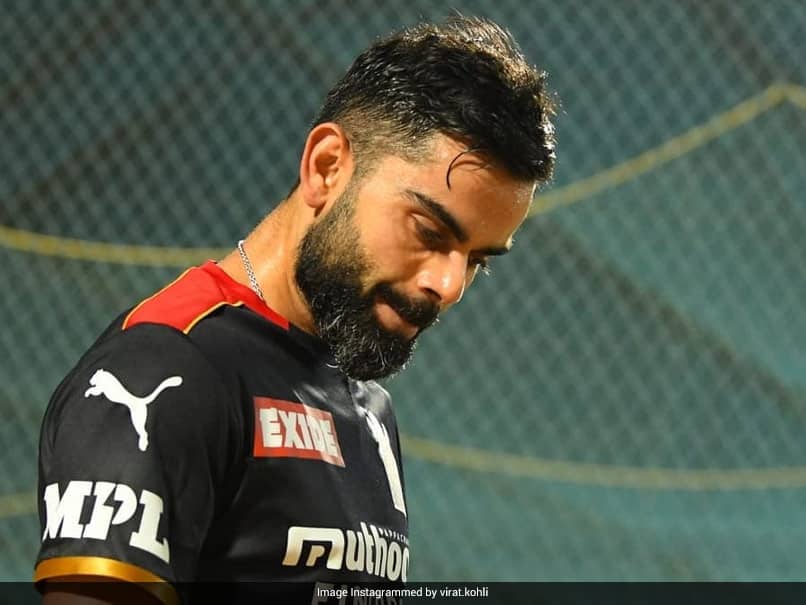 Virat Kohli, captain of the Royal Challengers Bangalore, took to social media on Tuesday to share a selfie with his teammates AB de Villiers and Harshal Patel after a practice session. "Chilling with these dudes post practice @ABdeVilliers17@HarshalPatel23," RCB skipper Kohli captioned the post. The Bangalore-based franchise got their Indian Premier League (IPL) 2021 campaign off to a winning start as they defeated the defending champions Mumbai Indians in the tournament opener on April 9.

Both Harshal Patel and AB de Villiers played a major role in RCB getting the better of Mumbai Indians in a nail-biting finish.

Harshal picked up his maiden five-wicket haul in the T20 cricket and also became the first bowler in IPL to take five wickets in a match against the five-time champions Mumbai Indians.

Harshal's spell helped RCB to restrict a power-packed Mumbai batting line-up to 159 for 9 in their allotted 20 overs.

In reply, RCB kept losing wickets at regular intervals and were tottering at 106 for five at one stage, needing 54 runs off the last five overs.

De Villiers took charge of the proceedings in the final five overs and played a quick-fire knock (48 runs off just 27 balls) to put RCB on the brink.

The former South Africa captain got run out on the penultimate delivery of the match but with one needed for the win on the final ball, Harshal Patel squeezed a single to fine-leg to secure the win for his side.

The Virat Kohli-led side will next take on SunRisers Hyderabad on April 14.

Harshal Patel IPL 2021 Cricket
Get the latest updates on IPL 2021, IPL Points Table , IPL Schedule 2021 , live score . Like us on Facebook or follow us on Twitter for more sports updates. You can also download the NDTV Cricket app for Android or iOS.