IPL 2021: Yuzvendra Chahal posted a video on Instagram, saying that the Royal Challengers Bangalore are "ready for Wrestlemania", as he and his giant team-mate, Kyle Jamieson, show their swag. 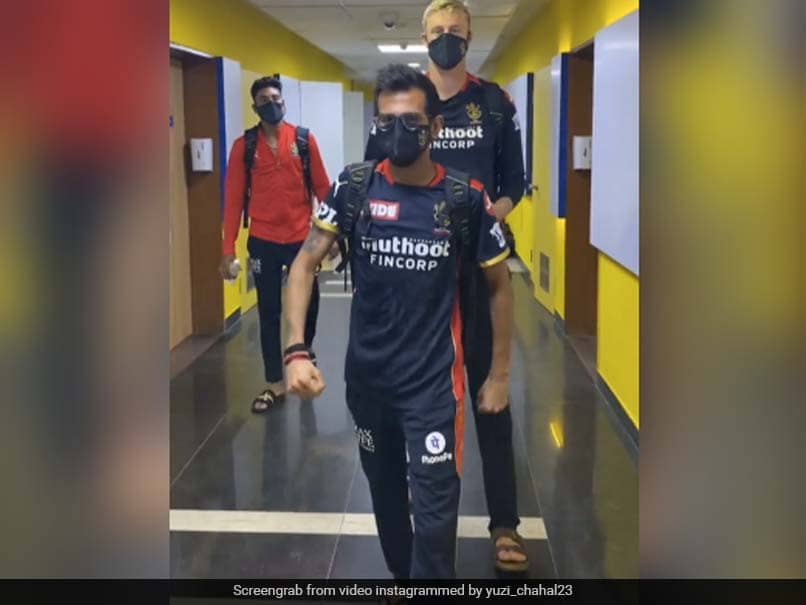 Yuzvendra Chahal is known to post amusing stuff on social media to keep his fans engaged and on Thursday, the leg-spinner posted a video of himself along with his towering Royal Challengers Bangalore teammate Kyle Jamieson. In the short video, the duo, with Mohammed Siraj also in the background, can be seen marching out to WWE legend Undertaker's theme song. RCB are set to face Mumbai Indians in the IPL 2021 opener and Chahal, in the caption, wrote that his team is "ready for wrestlemania" referring the IPL to the biggest pay-per-view in WWE.

"The challengers are ready for wrestlemania @kylejamieson_," Chahal captioned the video on Instagram.

Chahal had a great IPL last year as he picked up 21 wickets from 15 matches.

However, his form took a dip and he lost his place in Team India's playing XI in the recent series against England.

The leg-spinner will be looking to get back to form and he couldn't have asked for a better venue to start the new season -- Chennai.

The Chidambaram Stadium pitches are known to assist spinners and Chahal will be raring to put in a noteworthy performance.

On the other hand, Jamieson will be looking to make his presence felt in his first IPL stint.

The New Zealand all-rounder impressed one and all with his performance against India last year.

Jamieson was bought by RCB for a whopping Rs 15 crore in the players auction which was held in February earlier this year.

Yuzvendra Chahal Kyle Jamieson IPL 2021 Cricket Mohammed Siraj
Get the latest updates on IPL 2021, IPL Points Table , IPL Schedule 2021 , live score . Like us on Facebook or follow us on Twitter for more sports updates. You can also download the NDTV Cricket app for Android or iOS.