IPL 2021: Australia and SunRisers Hyderabad opening batsman David Warner and former cricketer and commentator Michael Slater have quashed rumours of having a fight in a Maldives bar. 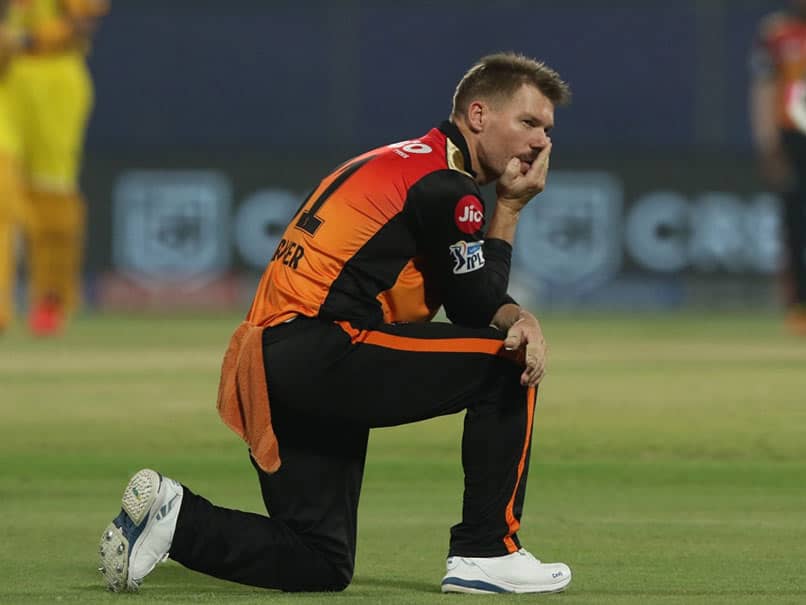 David Warner denied reports of a fight between him and fellow Australian Michael Slater.© BCCI/IPL

Star batsman David Warner and former Australia opener turned commentator Michael Slater have clearly denied that the duo were involved in an altercation inside a Maldives bar. SunRisers Hyderabad (SRH) skipper Warner and Slater, who was commentating in the Indian Premier League (IPL) 2021, along with the Australian contingent are staying in the Maldives before they all leave for Australia. The rumour of physical exchange between the duo in the Maldives was first reported by the Daily Telegraph as cited by foxsports.com.au.

The former Australian opener is reported to have sent a text to senior journalist Phil Rothfield quashing the rumour.

"There is absolutely nothing to the rumour mill Buzz. Davie and I are great mates and absolutely zero chance of (having) a fight," foxsports.com.au quoted Slater as saying in a text message.

SRH skipper and Australian batsman Warner too denied the rumour saying: "There has been no drama."

"I don't know where you get these things from. Unless you were here and have got concrete evidence you can't write anything. Nothing happened," Warner added.

Earlier this week, Slater had lashed out at the Australian Prime Minister Scott Morrison amid the travel ban as coronavirus continues to rage in India.

Morrison had announced a ban on passenger flights from India till May 15 and he also said that there would be no special privileges given to the Australian players in India.

Slater, who was commentating in the ongoing IPL, accused the Australian PM of having "blood on his hands" and termed the decision of travel ban as a "disgrace".

The Australian players, coaches, match officials, and commentators have been safely transported from India to the Maldives.

The Australians will remain in the Maldives until the conclusion of the travel pause pertaining to flights from India to Australia. As previously stated, CA and the ACA are not seeking an exemption from the Australian Government.

David Warner Michael Slater IPL 2021 Cricket
Get the latest updates on IPL 2021, IPL Points Table , IPL Schedule 2021 , live score . Like us on Facebook or follow us on Twitter for more sports updates. You can also download the NDTV Cricket app for Android or iOS.