Kolkata Knight Riders have been in the news for the pre-IPL 2020 headlines following the shoulder injury to pacer Harry Gurney, which rules him out of the tournament's 13th edition. 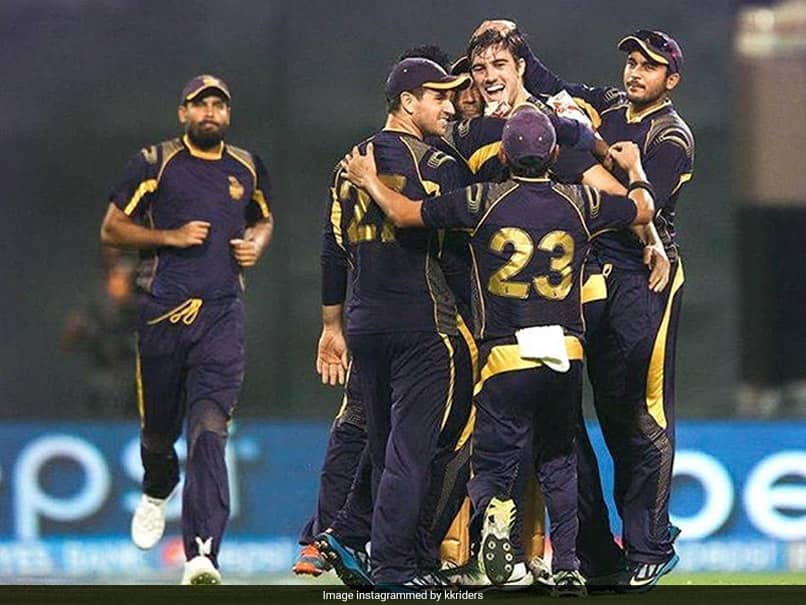 Pat Cummins was part of the Kolkata Knight Riders' setup in 2014.© Instagram

Kolkata Knight Riders (KKR) are one of the most popular franchises in the Indian Premier League (IPL). KKR's journey in the IPL over twelve editions can best be described as emotional and unpredictable. The franchise failed to make it to the playoffs in the first three editions resulting in a lot of hue and cry. They then completed an emotional turnaround led by Gautam Gambhir, winning the league in the 2012 and 2014 editions. However, the trophy has eluded them since then with KKR's unpredictability on show last season. The franchise lost six matches in a row after winning four of their first five matches, to finish fifth on the table in IPL 2019.

KKR will look to end their barren run and lift the trophy once again, having splurged Rs 15.5 crore for Australian all-rounder Pat Cummins. England skipper Eoin Morgan and emerging wicket-keeper batsman Tom Banton have further joined the squad. The fans will be optimistic of a turnaround in fortunes, with some fireworks from all-rounder Andre Russell.

The KKR skipper is one of the most experienced wicketkeeper-batsmen out there. Karthik has developed a reputation of being a fine finisher in the shortest format, upping the ante following the Nidahas Trophy in Sri Lanka in 2018. The cricketer was recently in the news, after stating that MS Dhoni's No.7 jersey should be retired by the BCCI as a mark of respect to the former Team India skipper.

The English cricketer is an extremely innovative player, with his audacious strokeplay making it difficult for opposition bowlers. Morgan makes a return to KKR having represented the franchise from 2011 to 2013, and will enhance the strength of the middle-order.

Sunil Narine initially made his mark in IPL for KKR with the ball, emerging as a top performer. Narine further proved that he is as impactful if not more with the bat, after being promoted to the top of the order as a pinch-hitter. The Windies cricketer's eye-catching performances in the 2020 edition of the Caribbean Premier League, further augur well for KKR.

The all-rounder has been a consistent performer for KKR, with his big-hitting making the difference in several matches last season. Russell will be expected to make his presence felt, and maintain his glowing reputation of being a match-winner.

The Australian pacer is set to make a comeback to the IPL representing his former franchise Kolkata Knight Riders, after being signed for a record sum of Rs 15.50 crores. Cummins will join the squad in the UAE, having represented the national team in a three-match T20I series against England ensuring no dearth of competitive action in the shortest format. However, the fast bowler could face a stern challenge on the spin-friendly tracks that the UAE has to offer, which the pacer will certainly be up for.

Pat Cummins IPL 2020 Cricket
Get the latest updates on IPL 2020, check out the IPL Schedule for 2020 and Indian Premier League (IPL) Cricket live score . Like us on Facebook or follow us on Twitter for more sports updates. You can also download the NDTV Cricket app for Android or iOS.