With the Indian Premier League 2020 edition just around the corner, the move has prompted questions from fans, players and other franchises. 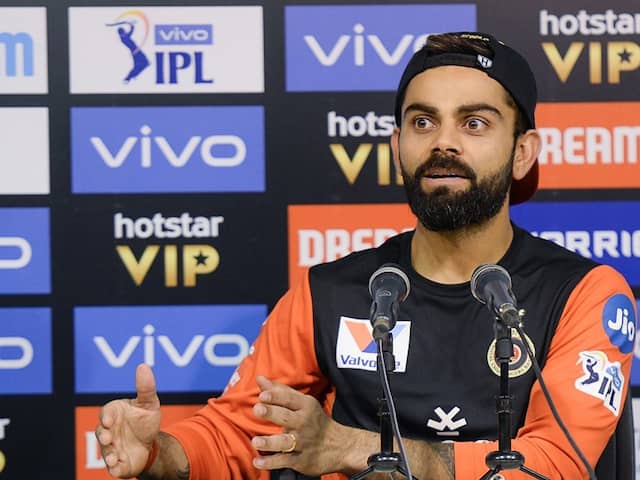 Royal Challengers Bangalore (RCB) on Wednesday removed the profile pictures from their handles on Twitter, Instagram and Facebook, leading to widespread speculation and jokes on social media. The Bengaluru-based team also deleted all posts from their Instagram account. Several users pondered if a name change is imminent while some thought they may undergo a complete overhaul, changing not just their name but also their jersey and logo. The Indian Premier League (IPL) franchise did go through a major branding change, having announced a three-year partnership on Tuesday with a financial company.

"Hey guys, any idea what's on with @rcbtweets? All posts deleted on Instagram, no profile pictures on Twitter and Facebook....." commentator Harsha Bhogle tweeted, leading to a flurry of responses.

"I think they gonna change logo,jersey and sponsor," one user tweeted.

"Branding change. And you know it," a user tweeted confidently.

"Either RCB following Delhi (Daredevils to Capitals) footsteps. Or they are leaving IPL," another fan opined.

"From trusted sources the news is they are changing Bangalore to Bengaluru & logo & branding also. I think they will start fresh," wrote another.

Other users had a more light-hearted view of the incident.

"I went and checked in their office And I found 'No trophies too," one user joked.

"They're behaving like couples after argument," another user wrote.

"They are preparing to lose the IPL in a whole new way," wrote another.

Arey @rcbtweets, what googly is this? Where did your profile pic and Instagram posts go?

"Arey @rcbtweets, what googly is this? Where did your profile pic and Instagram posts go?" he tweeted.

"Hey @RCBTweets, everything ok?" they wrote.