With the clock running down towards the IPL 2020 beginning on September 19, all the big-hitters are polishing their skills. 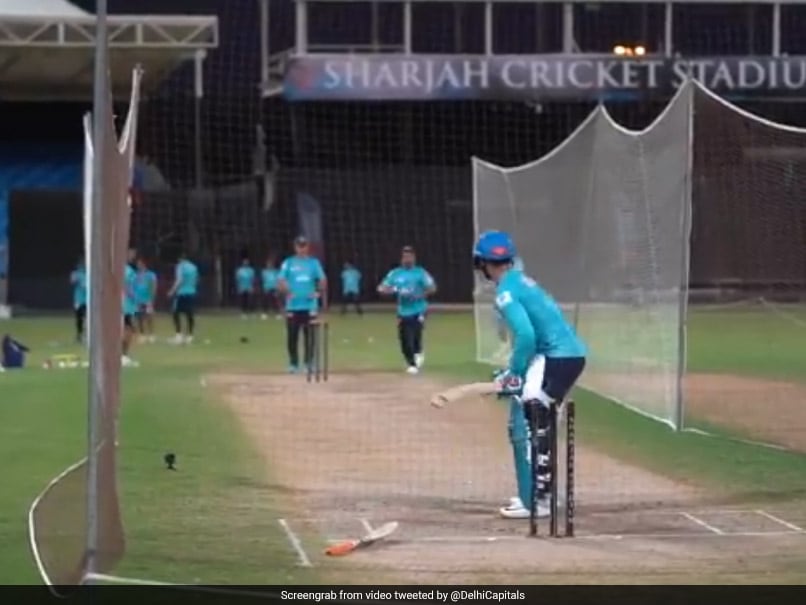 IPL 2020: Rishabh Pant was on beast mode during a Delhi Capitals nets session in Sharjah.© Twitter

Sachin Tendulkar taking bowlers to the cleaners at Sharjah has become a part of Indian cricketing folklore. But a certain Sourav Ganguly too seemed to enjoy batting at Sharjah. During the final of the Coca-Cola Champions Trophy against Zimbabwe in 1998, India chased down 197 without losing a wicket, Ganguly hit three sixes in the match -- all three against the same bowler (Grant Flower), all three in the same over (21st) and all three landing on the roof. On Tuesday, Delhi Capitals paid tribute to Ganguly's knock by posting a video of another left-hander, Rishabh Pant, smashing sixes at will during a net session in Sharjah.

"An Indian southpaw smashing sixes off spinners at will in Sharjah. Well, where have we heard that before?" Delhi Capitals captioned the video.

An Indian southpaw smashing sixes off spinners at will in Sharjah

If the Delhi Capitals video is anything to go by, then bowlers in the Indian Premier League (IPL), especially spinners, must be at their best to stop Pant from teeing off.

The wicket-keeper batsman, who in recent times has come in for some stick due to some poor performances with the Indian team, will be raring to prove a point and make IPL 2020 his own.

The left-hander has already showed his six-hitting prowess in previous seasons of the IPL and would be hoping to take it up a notch this year. Pant has performed brilliantly with the bat in the two previous seasons.

Delhi Capitals will be seen in action on the second day of IPL 2020 (September 20, Sunday) when they face KL Rahul-led Kings XI Punjab at the Dubai International Cricket Stadium.

Rishabh Pant IPL 2020 Cricket
Get the latest updates on IPL 2021, check out the IPL 2021 Schedule and Indian Premier League Live Score . Like us on Facebook or follow us on Twitter for more sports updates. You can also download the NDTV Cricket app for Android or iOS.