IPL 2020: Truly in sync with the extraordinary times, CSK skipper MS Dhoni, in a lighter vein, asked at the toss if he could "have a slip" in place. 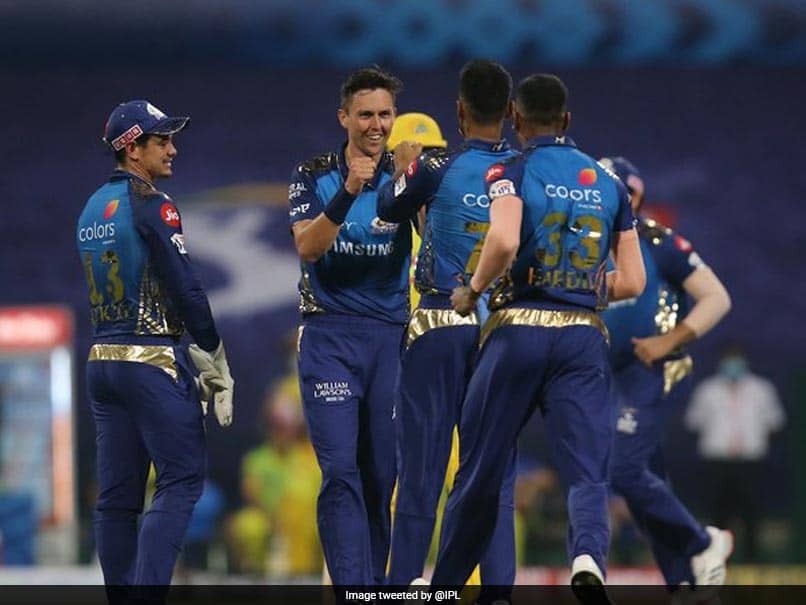 IPL 2020, CSK vs MI: The celebration was far from being over the top.© Twitter

The 20,000-seater Sheikh Zayed Stadium was nearly empty, apart from the 22 men in the middle, officials, staff, security and a smattering of others, as the IPL unlike any other began here on Saturday. But, contrary to the expectations, it was not too quiet and not too placid, either. The pre-recorded cheers by the franchises ensured the stadium was not enveloped in eerie silence. Organised amid the COVID-19 pandemic after several twists and turns, delays and discussions, the start of the 13th Indian Premier League was still definitely out of the ordinary, slightly odd and even a bit weird.

It was different in many ways. Inaudible under normal circumstances because of the roaring cheers and chants raining down from the stands packed to the rafters with passionate fans, the thud of Rohit Sharma and Quinton de Kock's bats hitting the ball could be heard across the world, breaking through the TV sets of millions of viewers.

In this case, the pre-recorded cheers could quite swallow up the sounds of the bat hitting the ball, like it would happen in the pre-COVID world. In the VIP box, top officials of the BCCI, including president Sourav Ganguly and secretary Jay Shah, as well as the office-bearers of the Emirates Cricket Board, were spaced several seats apart to maintain social distancing.

The celebration was far from being over the top after Chennai Super Kings made it 48 for two with the dismissal of De Kock in the sixth over of the innings. And it was the same after they sent back the dangerous Rohit, who started the proceedings with a cracking drive through the offside in the very first ball of the tournament off Deepak Chahar, who recovered in time for the game after contracting the dreaded virus.

Rohit did not look like he was coming off a long break from the sport. Though the Mumbai Indians captain and every other player have been training for days, it is the first match they were playing in months, something they have never experienced in the last many years.

Truly in sync with the extraordinary times, CSK's talismanic skipper Mahendra Singh Dhoni, in a lighter vein, asked at the toss if he could "have a slip" in place owing to the social distancing guidelines. The players and support staff have been tested several times in the run-up to the tournament opener and they will be checked for the virus every five days through the 53-day league.

This is the new normal and all in all, the IPL, cricket's biggest money-spinner, seemed well-positioned to adapt to this reality.