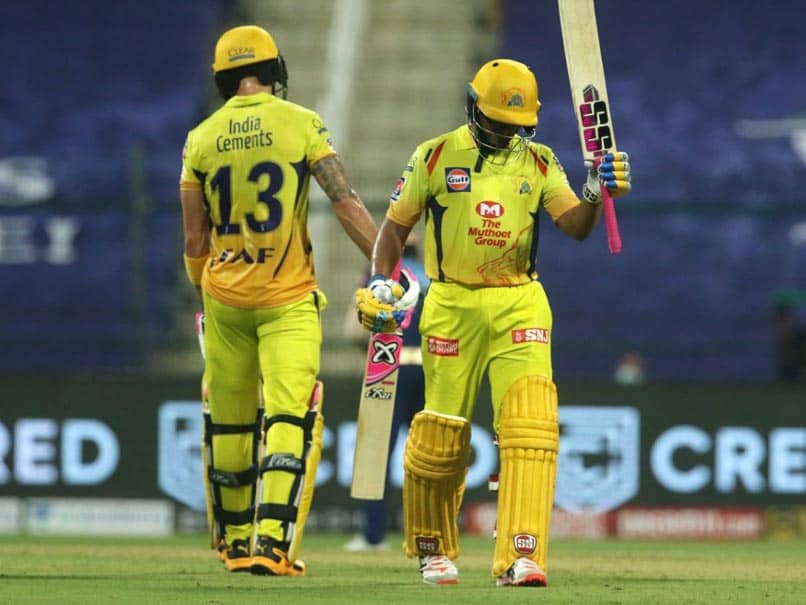 Ambati Rayudu and Faf du Plesis scored gritty half-centuries as Chennai Super Kings (CSK) defeated defending champions Mumbai Indians by five wickets in the opening match of Indian Premier League (IPL) 2020. Chasing 163 to win, CSK got off to a poor start as they lost both their openers Shane Watson and Murali Vijay cheaply in the first two overs of the innings. Watson got out to Trent Boult, while Murali Vijay was trapped leg before by James Pattinson. However, he must be ruing the fact that he didn't challenge the on-field decision as the replay suggested that the ball would have gone onto miss the stumps by some distance.

Despite losing two wickets upfront, Rayudu and Du Plessis used all their experience to bail CSK out of trouble, by stitching together a solid 115-run partnership, that decided the course of the match.

Boult and Pattinson bowled brilliantly in the first few overs and pushed CSK on the backfoot but when the dew settled in as the game progressed, it made things extremely difficult for them.

CSK lost a flurry of wickets towards the end but till then the fate of the match was already sealed in their favour and Du Plessis smashed two consecutive boundaries in the final over to register their first win over Mumbai Indians in the last five encounters.

Apart from Rayudu and Du Plessis, another CSK player who stood out was Sam Curran who impressed with both bat and ball. First, he bowled an economical spell and picked up an important wicket of opener Quinton de Kock. With the win almost in sight, Dhoni decided to send Curran to bat ahead of him and he didn't disappoint the skipper, scoring 18 off just six balls. He was awarded the Player of the Match award for his all-round show.

Earlier, CSK skipper MS Dhoni won the toss and opted to bowl. Mumbai Indians skipper Rohit Sharma (12 off 10) along with Quinton de Kock (33 off 20) gave the defending champions a bright start, adding 46 runs for the opening wicket inside five overs. However, they both got out in quick succession inside the powerplay.

Suryakumar Yadav and Saurabh Tiwary (42 off 31) started the rebuilding process for the defending champions and took their total close to 100-mark, stitching a solid 44-run stand for the third wicket.

Suryakumar couldn't covert his start into a big score and departed for 17. Next in was all-rounder Hardik Pandya whose short stay at the crease was studded with two hits over the fence.

Just when Mumbai Indians were looking set for a big total, Ravindra Jadeja struck twice in the 15th over to get rid of both Saurabh Tiwary and Hardik.

These two dismissals opened the floodgates for the home side as they lost wickets at regular intervals and were restricted to 162/9, thanks to brilliant death bowling by the CSK bowlers.

Lungi Ngidi, after an expensive first spell, came back strongly in the game to end as the most successful CSK bowler on the night, returning with figures of 3/38.

All-rounder Ravindra Jadeja was expensive but provided CSK with two crucial breakthroughs that shifted the momentum. He picked up two wickets for 42 runs.

Saurabh Tiwary Cricket Mumbai Indians vs Chennai Super Kings, Match 1 IPL 2020
Get the latest updates on IPL 2020, check out the IPL Schedule for 2020 and Indian Premier League (IPL) Cricket live score . Like us on Facebook or follow us on Twitter for more sports updates. You can also download the NDTV Cricket app for Android or iOS.