Sheldon Cottrell said he is looking forward to "picking the brains" of KL Rahul, his IPL captain at Kings XI Punjab. 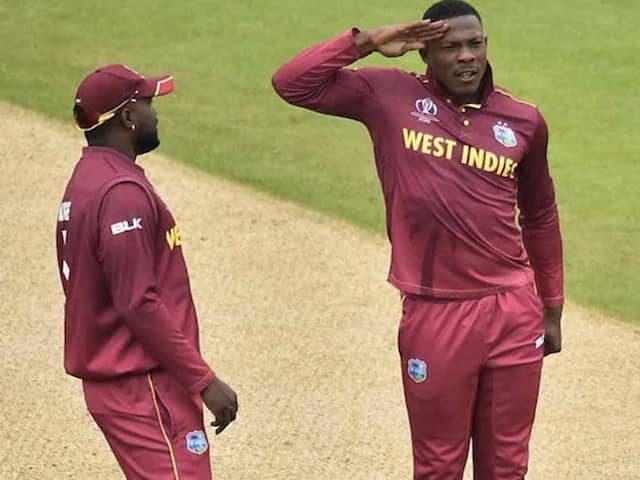 Sheldon Cottrell was picked up by Kings XI Punjab for Rs 8.5 crore in IPL 2020 auction.© AFP

"He is a phenomenal cricketer, looking forward to picking his brains," said West Indies pacer Sheldon Cottrell on playing under KL Rahul's leadership for Kings XI Punjab in the upcoming Indian Premier League (IPL) 2020. The IPL 2020 will be held in the UAE from September 19 to November 10 and the tournament will run for 53 days. This edition will be played across three venues - Abu Dhabi, Dubai, and Sharjah. In the players' auction which was conducted in December 2019, Kings XI Punjab managed to bag Cottrell for INR 8.5 crore and with this the pacer would now be joining fellow countrymen Chris Gayle and Nicholas Pooran in the side. This is the first time that Cottrell will be playing in the IPL.

In an interaction with ANI, Cottrell talked about playing under KL Rahul, sharing the dressing room with Mohammed Shami, and possibly taking the knee during the IPL.

"I am very much excited about playing in the IPL. I just cannot wait to be with the Kings XI family. I am looking forward to playing under the captaincy of KL Rahul, he is a wonderful guy. I would be playing alongside Chris Gayle and Nicholas Pooran as well. I am going to give my 120 per cent all the time," Cottrell told ANI.

"The first time I spoke with KL Rahul was when India last toured the Caribbean; we talked briefly, he is a phenomenal cricketer, he is so cool and calm. I am looking forward to trading information with him, I would look to pick his brains as he has played a lot more cricket than I have. I am really excited to play under his leadership and to see what leadership qualities he brings to the table," added the pacer with 49 wickets in his ODI career so far.

Since then, different sports have done their bit to show solidarity with the BLM campaign. Players across sports have been taking the knee to show support for the movement.

Cottrell had a tremendous 2019 World Cup as he picked up 12 wickets at an average of 8.25 and it can be said that it was this performance which landed him a hefty paycheck from the Kings XI Punjab.

The left-arm pacer is famous for one of the most unique wicket celebrations in the game today. Whenever he dismisses a batsman he gives a salute which is a testament to his time spent in the Jamaican Defence Force.

When asked to give his take on playing the T20 format behind closed doors, Cottrell replied: "I would say playing behind closed doors would not make much of an impact, it will be a bit different though. Playing in Caribbean domestic leagues, we are used to playing in front of empty stadiums, I am just looking forward to bring my A-game and my ''salutes'' to the fans who are watching worldwide."

Cottrell will be sharing the dressing room with Mohammed Shami. Talking about playing alongside the Indian pacer, Cottrell said: "Mohammed Shami has been playing IPL since the very start, he has to possess something special and with me as a professional athlete, I always want to pick the brains of top players, I am a student of the game and I am still learning, so I will continue learning from him as well."

However, before the IPL Cottrell would be seen in the Caribbean Premier League (CPL) which starts from August 18 in Trinidad and Tobago.

Cottrell would be representing St Kitts and Nevis Patriots in the tournament.