IPL Points Table: How Teams Stand In Race For Playoffs

With the IPL 2020 approaching the business end, here's a look at how the teams stand on the IPL 2020 Points Table and what they need to do to get to the play-offs. 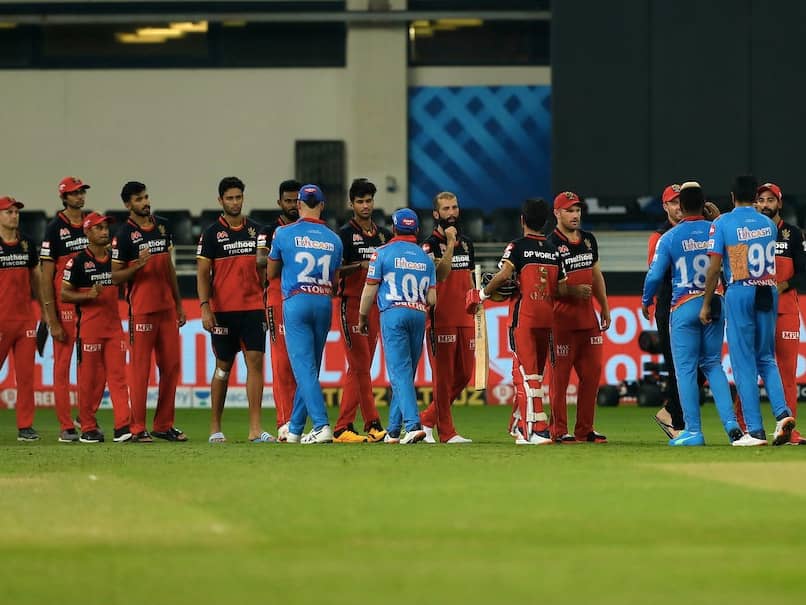 The IPL 2020 league stage is nearing its conclusion and the race to qualify for the playoffs has gotten quite interesting, thanks to some of the results in the past week. So far, Mumbai Indians, sitting atop the IPL Points Table, are the only team to book their place in the playoffs. Delhi Capitals and Royal Challengers Bangalore, who only a week ago had looked favourites to reach the last four as well, have some work to do. Chennai Super Kings, who are at the bottom of the points table, are the only team out of the reckoning. The rest still have a chance.

We look at which team needs to do what to qualify for the playoffs:

Virat Kohli's team seemed a sure-shot bet to reach the playoffs but back-to-back losses has somewhat derailed their progress. RCB are still second in the IPL Points Table with 14 points and two games remaining. They need just a win to qualify for the playoffs. RCB face SunRisers Hyderabad on Saturday while their other game is against Delhi Capitals. It could get very nervy for RCB if they lose to SRH.

Delhi Capitals, like Royal Challengers Bangalore, were in pole position to reach the last four, but they have lost three matches in a row, which has put their qualification in danger. DC too have two matches remaining, but both are against strong team. They take on league leaders Mumbai Indians on Saturday, and then face RCB. If they don't beat Mumbai Indians and RCB lose to SRH, the match between Delhi Capitals vs Royal Challengers Bangalore could very well become a do-or-die encounter for both teams.

Back from the dead, Kings XI Punjab are currently the most in-form team in IPL 2020. Languishing at the bottom for much of this season, KL Rahul and his team have made a fairy-tale turnaround. They have won five consecutive matches and occupy fourth place currently with 12 points from as many games. Reaching the playoffs is still in their hands. If they win both their remaining games, they make it through -- simple as that. Punjab could take another giant step towards the playoffs if they beat Rajasthan Royals today, which will also end RR's hopes of reaching the playoffs. Their final game is against Chennai Super Kings, who are gaining notoriety for becoming party poopers for others.

KKR lost to CSK on Thursday and that was a massive blow to their chances of securing a top-four spot. They are on 12 points but have only a match remaining. By the end of the day, they could drop another place if RR beat KXIP. KKR's final match is against Rajasthan Royals and there is no guarantee that they will qualify even if they win that game. They need other results to go their way if they are to reach the playoffs.

Like KKR and RR, SRH no longer have their future in their hands. Other results will need to go their way, if they are to qualify. But one thing working in their favour is that their net run-rate is much better than some of the other teams. So, if they win both their remaining games, they might still have a good chance of grabbing a last-four spot. But it won't be easy by any stretch of imagination as their final two games are against RCB and Mumbai Indians.

Rajasthan have a do-or-die encounter against Kings XI Punjab today. Lose, and their chances of reaching the playoffs end right there. But a win could do them wonders, especially a big win. If RR manage to defeat Kings XI Punjab by a huge margin, they could rise to as high as fourth spot, but that all depends on what their margin of victory is. Their final game is against KKR, and if results go in both RR and KKR's favour, then this match could become a straight shootout for a place in the last four.

Chennai Super Kings IPL 2020 Cricket
Get the latest updates on IPL 2021, IPL Points Table , IPL Schedule 2021 , live score . Like us on Facebook or follow us on Twitter for more sports updates. You can also download the NDTV Cricket app for Android or iOS.